The sovereign debt -- which covers the central and provincial governments' accounts and funds -- reached 680.7 trillion won (US$598.9 billion) in 2018, up 20.5 trillion won from a year earlier, according to the 2018 settlement of accounts endorsed by the Cabinet.

The 2018 debt growth is the slowest since 2009, the Ministry of Economy and Finance said.

South Korea's sovereign debt accounted for 38.2 percent of the nation's gross domestic product (GDP) in 2018, unchanged from a year earlier.

As a result, its surplus reached 31.2 trillion won last year, widening from a surplus of 24 trillion won in 2017.

Also Tuesday, the ministry said South Korea spent 60.3 trillion won in January and February, accounting for 20.7 percent of the 291.6 trillion won earmarked for the central government and public institutions this year.

The higher spending came as South Korea has vowed to frontload 61 percent of the national fiscal budget during the first half of this year to respond to downside risks in consumption and employment. 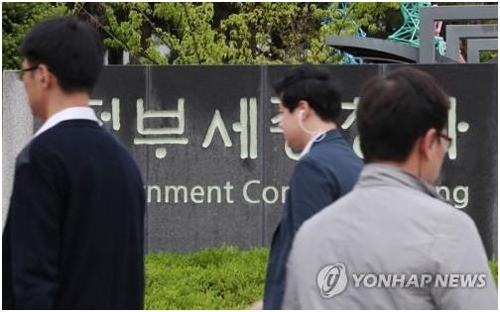