SEOUL, April 2 (Yonhap) -- The South Korean government said Tuesday that it aims to attract 23 million international visitors by 2022, which is expected to create 960,000 new jobs in tourism and related industries.

The strategy -- crafted by the Ministry of Culture, Sports and Tourism -- was unveiled during a meeting between President Moon Jae-in and government officials in Songdo in the port city of Incheon.

The plan comes as the country's deficit in tourism more than doubled to US$13.8 billion in 2018, also marking the 17th consecutive year the number has been in the red.

Under the plan, the government aims to select a new "global" tourist destination, in addition to the capital city of Seoul and the southern resort island of Jeju. 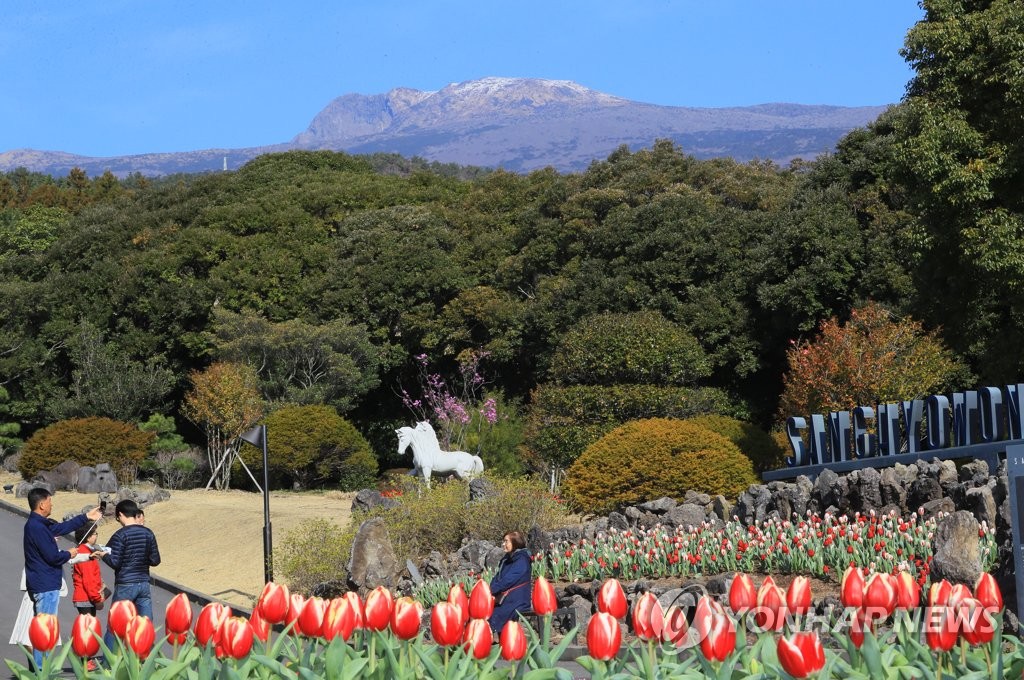 The ministry said it will provide customized support to find a new destination in the country that can appeal to visitors and become the next tourism hotspot.

There have been concerns that the government needs to draw up a comprehensive mid-to-long-term strategy to get more people to visit the country and check out places outside of Seoul.

The initiative also focuses on selecting four regional cities as part of a concerted effort to stimulate domestic travel that can benefit regional economies.

The plan includes opening up the Demilitarized Zone (DMZ), offering visitors a chance to enjoy a pristine ecosystem that has been off limits to people for decades. This kind of tour can promote peace on the Korean Peninsula and move away from the usual security-centered sightseeing trips the country had provided in the past.

The government said it is, moreover, pushing to create a "new peace road" that connects guard posts (GPs) along the demarcation line that separates the two Koreas.

Earlier, the two Koreas agreed to demolish GPs in line with an inter-Korean agreement to reduce tensions and prevent accidental clashes

The government will hold K-pop concerts at least twice a year, featuring global bands like BTS, and host international gaming competitions that can attract large numbers of enthusiasts.