SEOUL, April 4 (Yonhap) -- A conservative politician known for relentless attacks on his rivals appeared in a livestream video to mark his YouTube channel hitting 10 million views just one month after its opening in December last year.

Hong Joon-pyo, former chief of the main opposition Liberty Korea Party (LKP), unleashed a barrage of attacks on the liberal government's policies on his TV Hongka Cola channel while interacting with YouTube users.

Then colorful messages that carry tags for donations up to 500,000 won (US$440) were highlighted in a live chat as supporters sent money to his channel with YouTube's "Super Chat" function.

"I am always supportive of you," read an orange-colored message with a 20,000 won donation. His channel has drawn over 266,000 subscribers.

Hong is among the South Korean politicians who have opened YouTube channels to promote their agendas on the back of the high popularity of the global video-sharing platform. 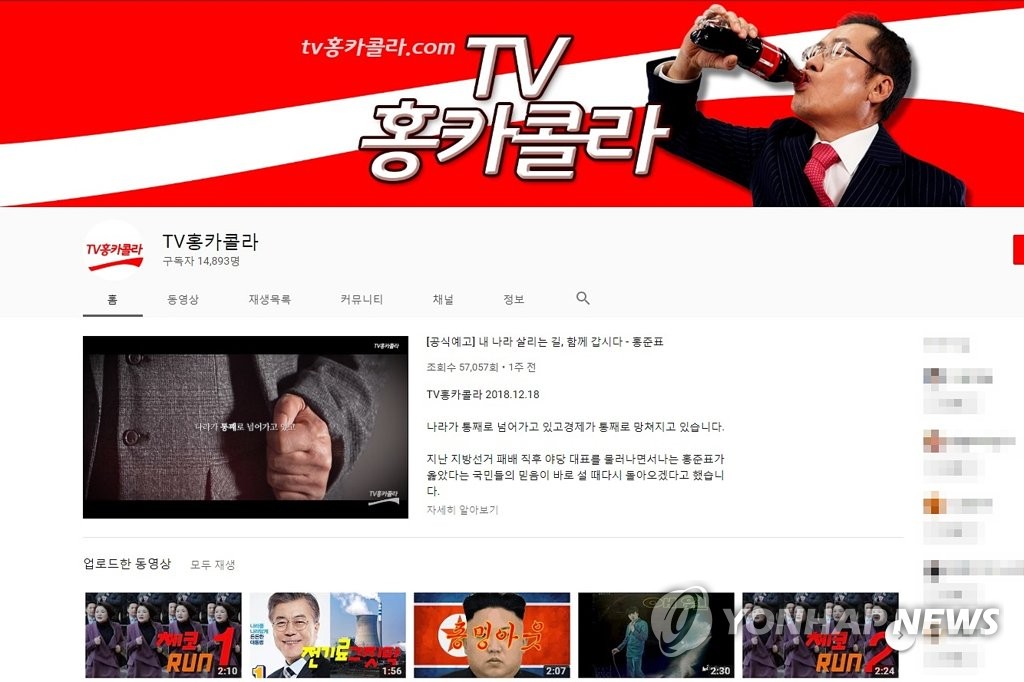 His channel recently stood at the center of a controversy over political funds as the election watchdog put a brake on him receiving donations in real time, citing the possibility of violating the relevant law.

It said that those who are doing political activities cannot receive money from individual viewers during livestreams through such features as YouTube's "Super Chat" and AfreecaTV's "Star Balloons."

Under Korean law, an individual can donate up to 5 million won to one politician per year only through registered supporters' associations.

The guideline reflects concerns that the Super Chat-type contributions could allow an individual to make multiple donations by splitting money that tops 5 million won.

"I've never received even a penny. I am only a cast member who does not take a performance fee. Don't get me wrong," Hong claimed on his Facebook page, noting that all profits from the channel go to those involved in producing the videos.

The case also sparked a debate over who is a "person engaged in political activities" subject to the political funds law.

The NEC viewed Hong as such a person but not Rhyu Si-min, a former liberal lawmaker and Hong's key YouTube rival.

Hong ran for president in 2017 and announced his bid to run in the LKP's leadership election in February, though he ended his bid during the race.

Rhyu, a politician-turned-writer, started the "Rhyu Si-min's Alileo" video series on the Roh Moo-hyun Foundation's YouTube channel in January. Its content is appealing to liberals, with the channel attracting nearly 744,000 subscribers.

Rhyu retired from the politics in 2013. Despite his rejection of speculation that he would return to the political scene, opinion polls show he is favored by liberal voters as a presidential candidate.

"Rhyu announced his retirement from politics and has repeatedly said he will not run in elections. At the current stage, it is hard to say he is doing political activities," an NEC official said. 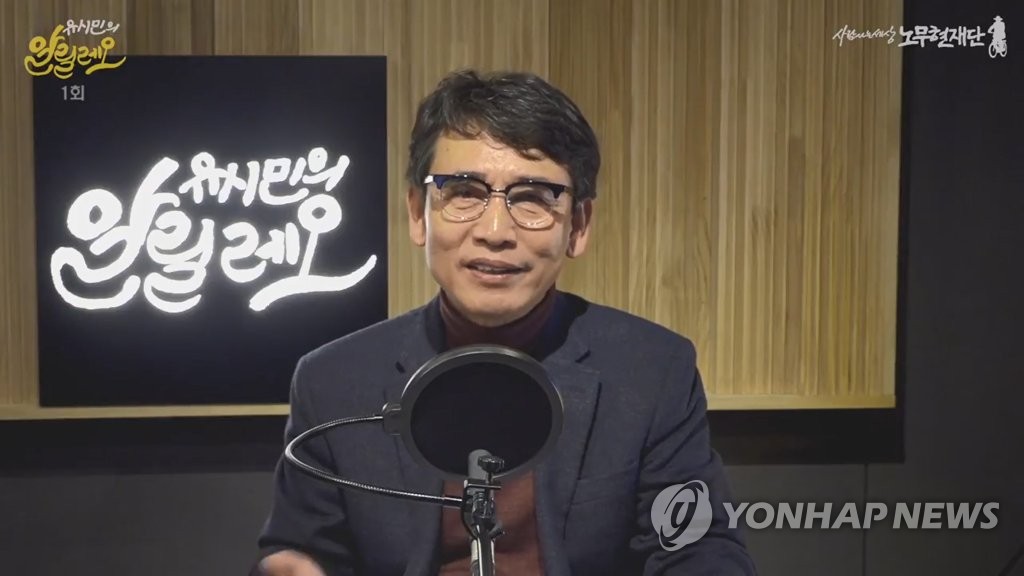 The controversy raises questions about whether the means of taking political funds should be diversified in tandem with the growing impact of social media on politics.

With politicians' battles on YouTube expected to intensify ahead of the 2020 general election, this issue may gain traction.

Regulating political funds is aimed at preventing corruption and election-rigging, but excessive curbs could stifle freedom of expression, experts say.

But since then, there has been no progress for the National Assembly to take legislative action despite calls for reform.

Rep. Lee Un-ju of the minor opposition Bareunmirae Party raised the need to embrace new changes over fundraising methods as the political funds law was enacted when parties and politicians focused on offline campaigning and political activity.

"I think any discussion should be made in a way that could allow more freedom of expression or guarantee political freedom," Lee said of the NEC's guideline.

She opened the YouTube channel named Lee Un-ju TV last year. It has attracted over 151,000 subscribers so far, the most among YouTube channels run by sitting lawmakers.

"Such a guideline could discourage political newcomers from actively tapping social media to promote themselves. People's access to political information could be also restricted," she added.

Lee proposed that the NEC limit the use of funds raised on social media to the production of content or require politicians to disclose details about online donations for transparency.

"Excessive curbs on donors could hamper the development in politics. The country should focus on exploring ways to manage political funds in a transparent manner," Ko Jin-dong, a political analyst, said.

"The NEC's judgment is deemed proper as it is not easy to track down the flow of donations on social media," Yu Yong-hwa, a political analyst, said.

"But wielding flexibility may be possible if politicians are allowed to receive donations on social media only during an election campaigning period, under the assumption that transparency for fundraising is guaranteed," he noted. 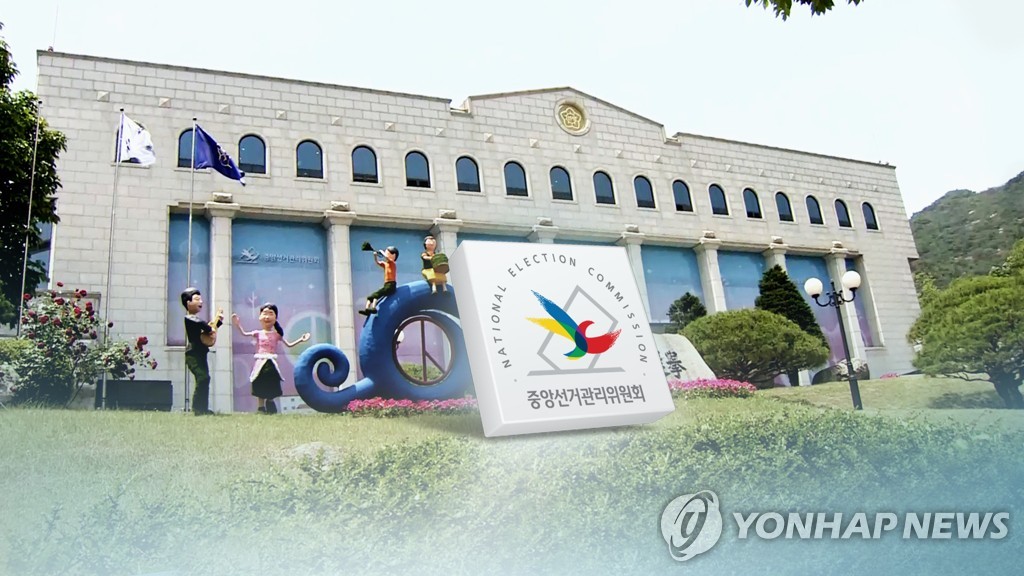