SEOUL, April 3 (Yonhap) -- A North Korean propaganda outlet criticized South Korea on Wednesday for taking a cautious approach to inter-Korean relations, saying such an attitude shows Seoul has given in to pressure from the United States.

Meari, one of the North's propaganda websites, accused South Korean authorities of increasingly talking about prudence in terms of inter-Korean relations, saying such attitude is an effective acknowledgement of their position to "read the faces of the U.S. and the conservatives."

"Such talks of prudence by the South Korean authorities are an evasion of responsibility over implementing North-South declarations promised in front of the whole nation, and an overt surrender to the pressure from the U.S. and the conservatives," it said.

The remarks came as the inter-Korean projects have made little progress in the face of a stalemate in denuclearization talks between Pyongyang and Washington.

The North's main newspaper, the Rodong Sinmun, also said in a commentary that "intervention from outside forces" should never be tolerated in the process of reunification.

"Reunification is not a matter to be approved nor assisted by someone," the commentary said. "Cooperation with foreign forces will only hamper national interest." 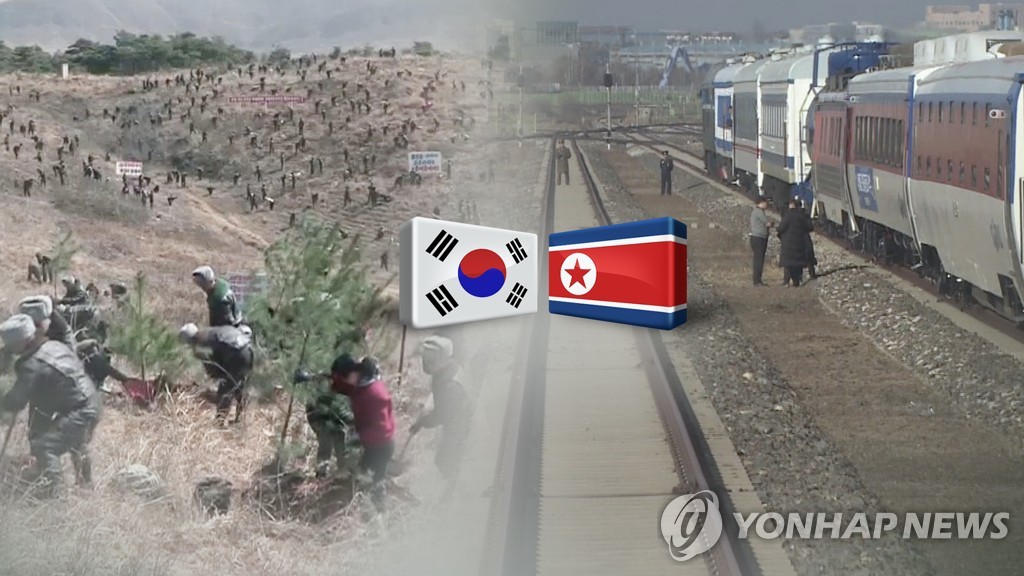