SEOUL, April 3 (Yonhap) -- South Korea's defense ministry on Wednesday voiced "deep regret" over a bloody government-civilian clash on the southern island of Jeju from 1948-1954 in the first such message in honor of the deceased victims.

"The defense ministry expresses deep regret and condolences to the Jeju people who were sacrificed in the process of a crackdown," the ministry said in a statement.

More than 10,000 Jeju islanders are estimated to have been killed and nearly 3,600 to have gone missing during the tragedy, an outgrowth of Korea's ideological division following its liberation from Japan's 1910-45 colonial rule.

The ministry had described the incident as an "armed revolt" that the then-government quashed through the mobilization of military and police forces.

Later in the day, Vice Defense Minister Suh Choo-suk visited a temporary commemorative area at Gwanghwamun Square in central Seoul to meet the families of the victims. There, he offered his condolences and pledged to verify the truth behind the incident.

"We (the defense ministry) feel really sorry," he told the families.

"From now onward, we will do our best to actively join government efforts to verify the truth, restore the honor of those sacrificed and heal the scars and sorrow of the bereaved families," he added.

Suh also said that he came to meet the families as a representative of his ministry as Defense Minister Jeong Kyeong-doo was in the United States for talks with acting U.S. Secretary of Defense Patrick Shanahan and other events.

On a guest book, the vice minister wrote, "I hope that we can move forward to a new future by healing the sorrow of the past." 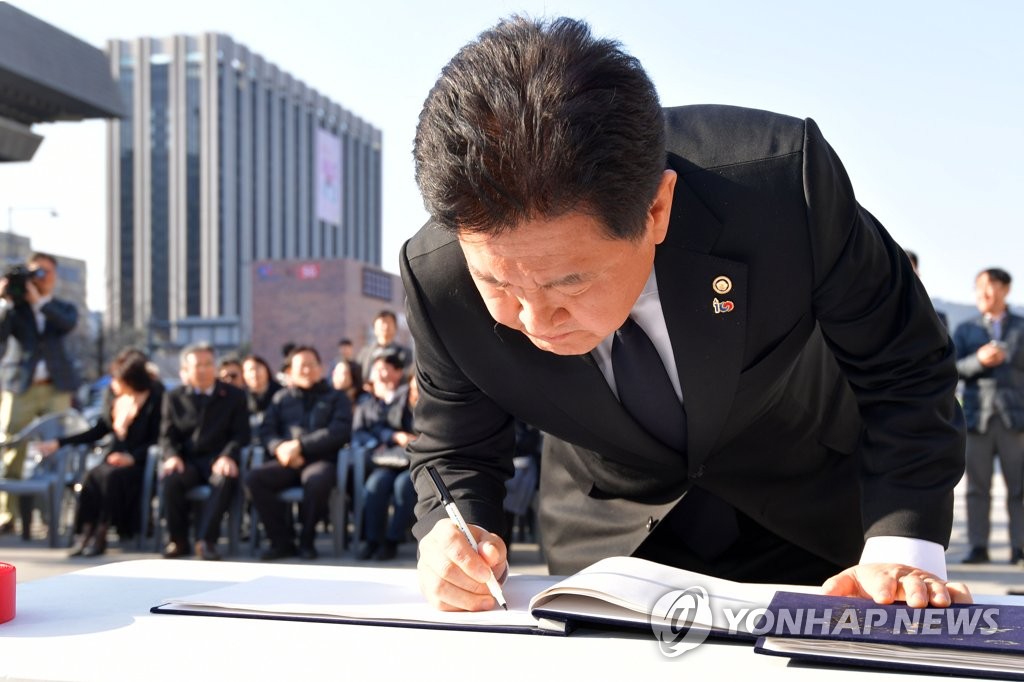