President Moon Jae-in sent Rep. Kim Jin-pyo of the ruling Democratic Party and his party colleague Rep. Jeon Hyun-heui to the inauguration ceremony for Sall for his second term in Diamniadio, a new city near the capital Daka, on Tuesday.

They became the first presidential envoys South Korea has dispatched to Africa under the current administration.

"It's meaningful in that (they) have created a chance for strengthening South Korea-Senegal friendly and cooperative relations and substantive cooperation," the ministry said. 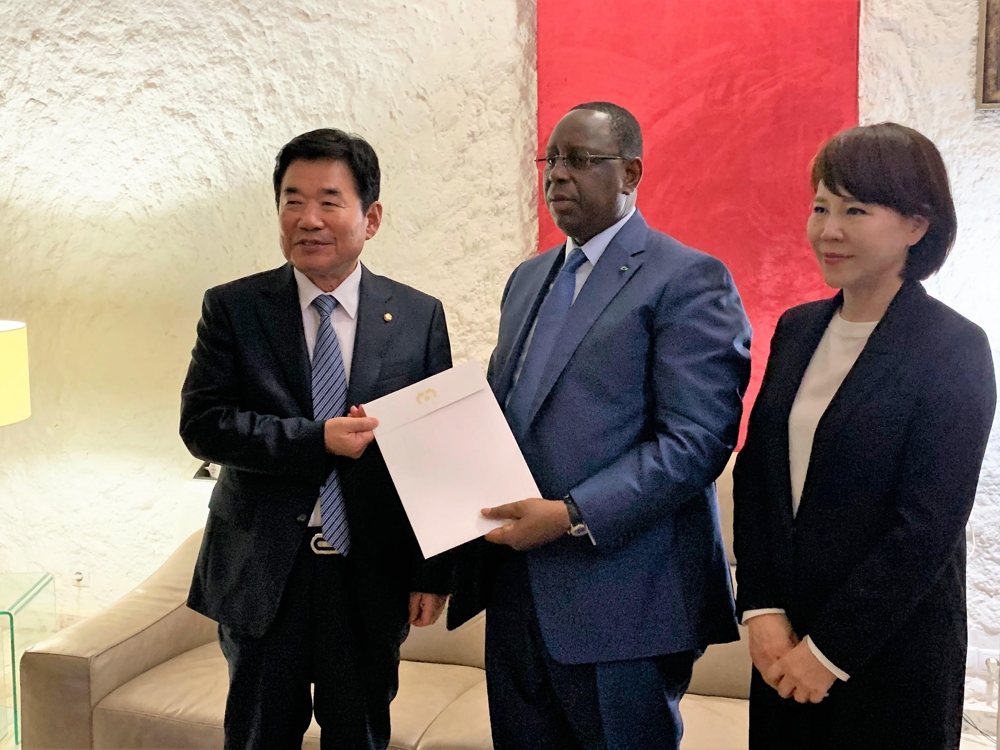 The delegation, led by the four-term lawmaker Kim, paid a courtesy call on the leader on Monday and delivered Moon's message expressing hope for continued development in bilateral partnerships.

They also requested the Senegalese government's support for South Korean firms seeking to do businesses in the country.