JEJU ISLAND/SEOUL, April 3 (Yonhap) -- A national memorial ceremony took place on South Korea's southern island of Jeju on Wednesday to honor the victims of a bloody ideological clash between the then government and civilians in the late 1940s.

More than 10,000 people, including government officials, lawmakers and victims' families, as well as survivors, gathered at a public park in Jeju to mark the 71st anniversary of the April 3 Jeju massacre, a bloodshed resulting from Korea's ideological division after its liberation from Japan's colonial rule.

The conflict, which started off as a brutal crackdown of suspected communist sympathizers by the then government of Rhee Syng-man, ended with between 25,000 and 30,000 civilian deaths, about 10 percent of Jeju's population.

Wednesday's ceremony marks the second time that such an event has been hosted by the current liberal Moon Jae-in government. President Moon attended the previous ceremony last year, the first time in 12 years that a sitting South Korean president has done so.

At this year's ceremony, Prime Minister Lee Nak-yon paid tribute to the victims in his memorial speech.

"I am here to offer my deepest condolences to the surviving and deceased victims and their families, and to pray for the victims' souls, as we mark the 71st year of the Jeju incident, one of the most atrocious events in our modern history," Lee said. 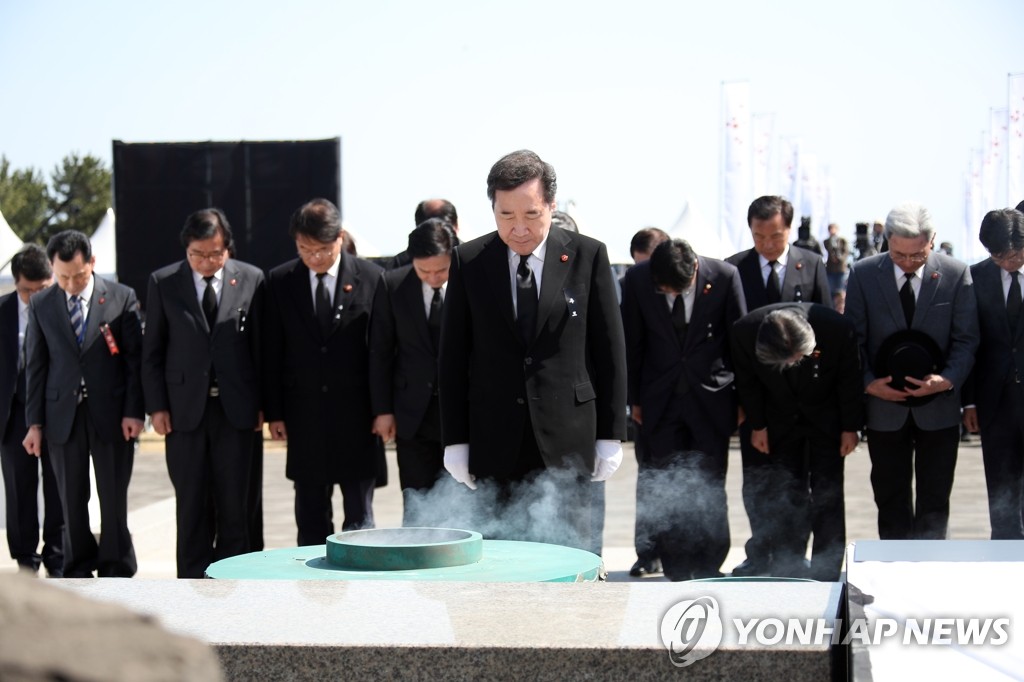 Noting how the past authoritarian governments had distorted and sought to cover up the truth behind the mass killing of civilians, Lee vowed again the government's utmost efforts to lay the legal groundwork for state compensation to its fullest extent possible.

"We will keep working, until we piece together the truth, help you clear your names and hear from every one of you in Jeju telling us that 'this would be enough.'"

The Ministry of National Defense released a statement ahead of the ceremony in which it offered condolences to the Jeju people who were sacrificed.

National Police Agency Commissioner-General Min Gab-ryong, who was on hand at a similar ceremony in Seoul, voiced regret over the innocent lives that were lost and apologized over the false accusations made against the victims at the time.

The majority of the victims have claimed that they were arbitrarily arrested by the military police, interrogated and tortured by them before being forced to sign a forged statement confessing to crimes.

The incident has left deep scars on the victims and also their families. Many of their children encountered discrimination when they looked for employment because of the parents' criminal convictions.

Moon issued an apology to the victims last year, vowing to provide them with every support and to retrieve the remains of the missing.

A revision of the bill designed to help clear the victims' names and provide state compensation is still pending in the National Assembly.

The Jeju district court delivered a landmark ruling last month that effectively quashed the 1949 convictions of 18 Jeju incident survivors, judging that they were wrongfully indicted without due process or evidence. 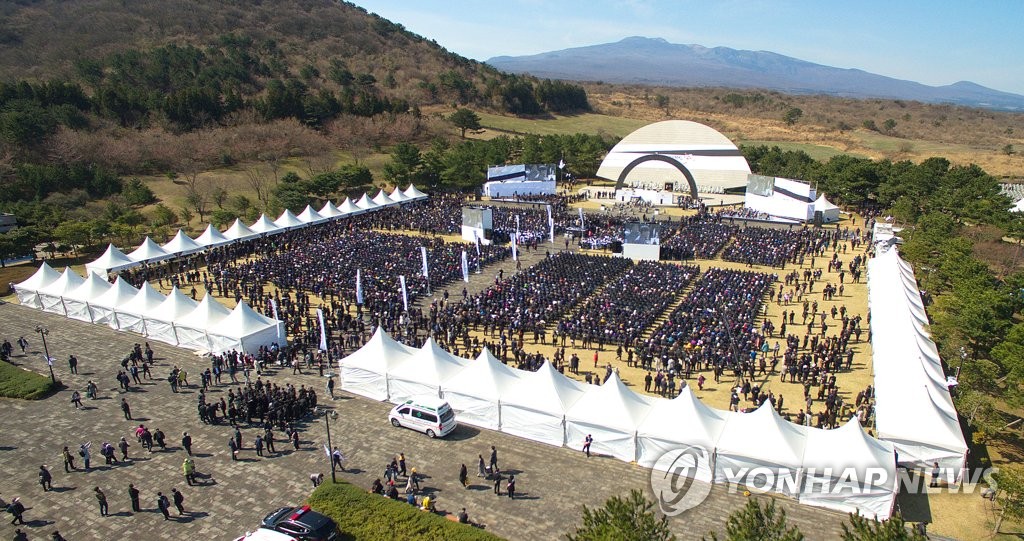