SEOUL, April 3 (Yonhap) -- Russia's interior minister left Pyongyang on Wednesday after a three-day visit, the North's media reported, amid speculation that leader Kim Jong-un might be preparing to visit the neighboring country for his first-ever summit with President Vladimir Putin.

Minister Vladimir Kolokoltsev arrived in Pyongyang on Monday, and has since held talks with the North's minister of people's security. He also paid a visit to the North's titular head of state, Kim Yong-nam, who is president of the Presidium of the Supreme People's Assembly.

The North's Korean Central News Agency reported his departure for home, but gave no details.

The Russian official's trip drew attention as it came amid signs that the two countries are making preparations for the North's leader to visit Moscow. Kolokoltsev is said to be in charge of security issues as interior minister.

Earlier, Kim Chang-son, known as Kim Jong-un's de facto chief of staff, visited Moscow and Vladivostok, spawning speculation that a Russia trip by the leader might be imminent.

Leader Kim has visited China four times since last year for summits with Chinese President Xi Jinping, including the latest one in January. However, he has not traveled to Russia since taking office in late 2011. 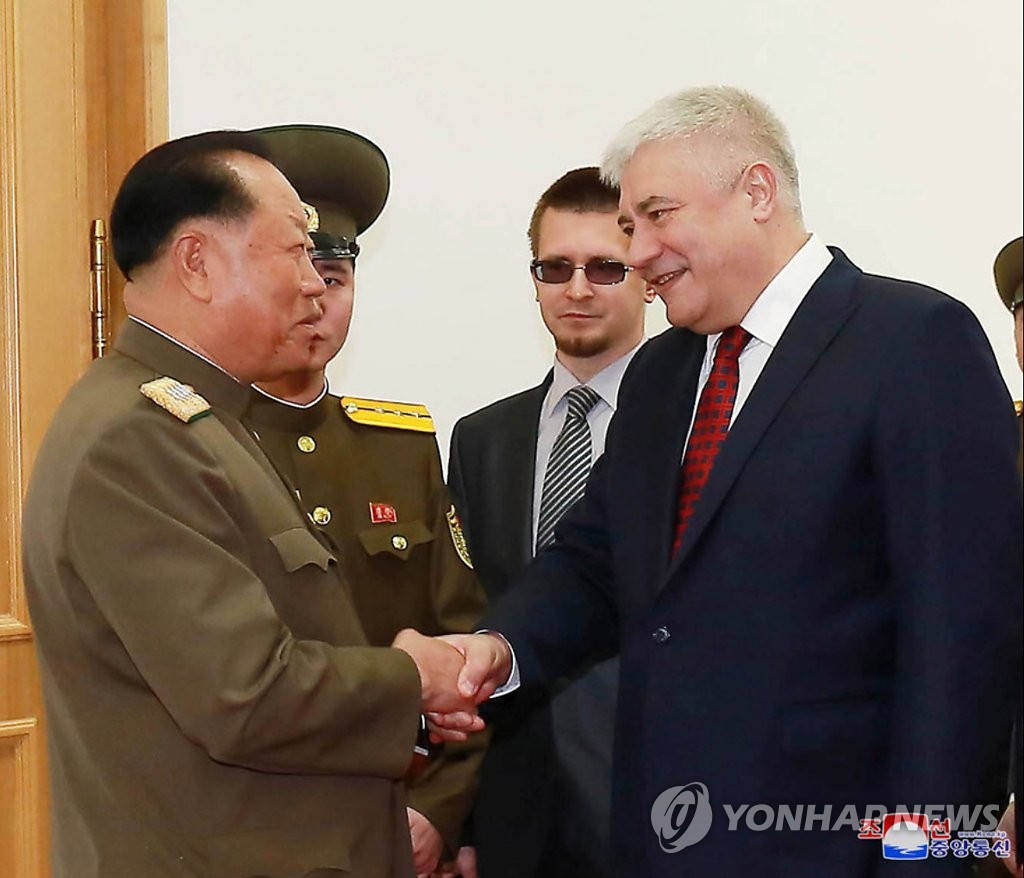 Russian minister heads back home after visit to N. Korea

Russian minister heads back home after visit to N. Korea