"We want to elevate the relationship between Saudi Arabia and Korea to very specific projects and ideas that matters to both countries," Mohammad Al-Tuwaijri, the Saudi Arabian minister of economy and planning, said during an interview with Yonhap News Agency in Seoul.

The policymaker is in South Korea to expand economic ties between the two countries under the Saudi-Korean Vision 2030 gatherings, which kicked off in 2017. Riyadh has been rolling out its Saudi Vision 2030 project, aiming to reduce the kingdom's dependence on oil and foster other industrial sectors for long term growth.

The partnership with South Korea, which has 40 projects under its wing, is divided into five major segments, namely "Energy and Manufacturing," "Smart Infrastructure and Digitization," "Capacity Building," "Healthcare and Life Sciences," and "Small-Medium Enterprises and Investments."

The first Vision 2030 meeting between South Korea and Saudi Arabia was held in October 2017. The second meeting, held Wednesday, coincided with the economy minister's visit here. 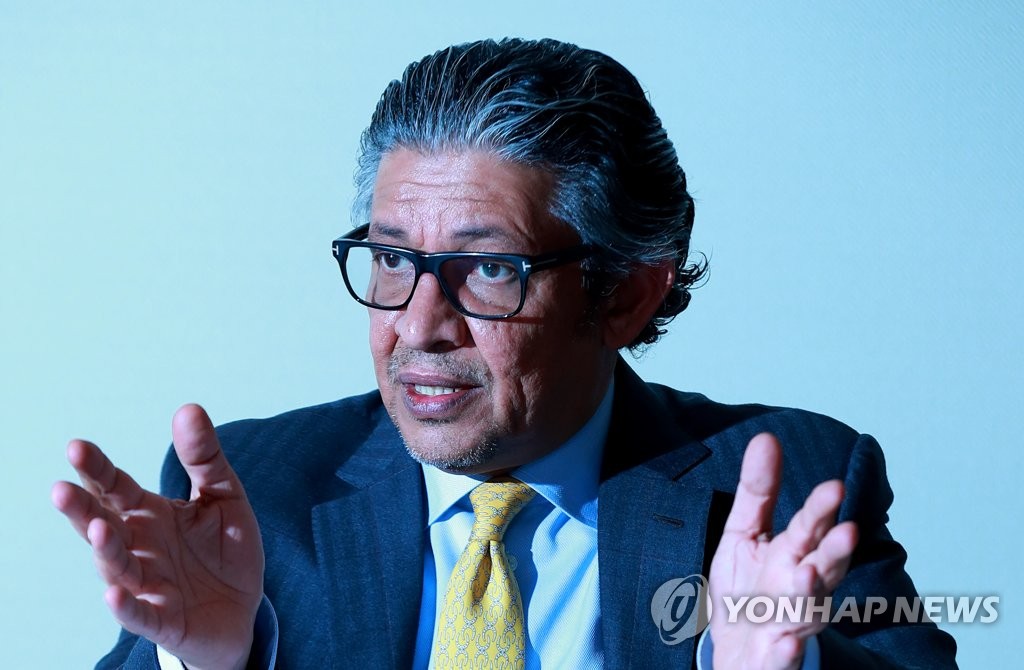 The combined value of trade between the two countries was estimated at US$30.2 billion in 2018, making Saudi Arabia the eighth-largest trading partner for Seoul. South Korea mainly ships automobiles, marine components and steel to the Middle Eastern country and imports crude and various petrochemical products from it.

Al-Tuwaijri said he had productive talks with South Korean officials during the visit, discussing ideas to forge ties in different sectors, including but not limited to the automobile, energy and health care industries.

"We are very much interested in infrastructures for logistics, including improving the quality of ports, (building) more rail ways, and (improving) the quality of airports," Al-Tuwaijri said, speaking in English, when asked about areas Saudi Arabia is especially interested in.

"We do believe that Saudi Arabia is a major hub for the region in the Middle East. Historically, Korean companies have been great in helping Saudi Arabia building that infrastructures," the minister said, claiming better infrastructure can lead to more foreign direct investment and better quality of life.

Other areas of interest include health care and human capital development, he added, claiming it is very important for Saudi Arabia to learn from South Korea's experience in those fields.

The top economic official emphasized that both countries can seek mutual benefit in the auto industry as well.

"The local demand in Saudi Arabia is huge. We do understand that Korean brands are among (the) top five sellers in Saudi Arabia already," the minister said, claiming South Korean firms can tap into greater demand in the region through the country's infrastructure. 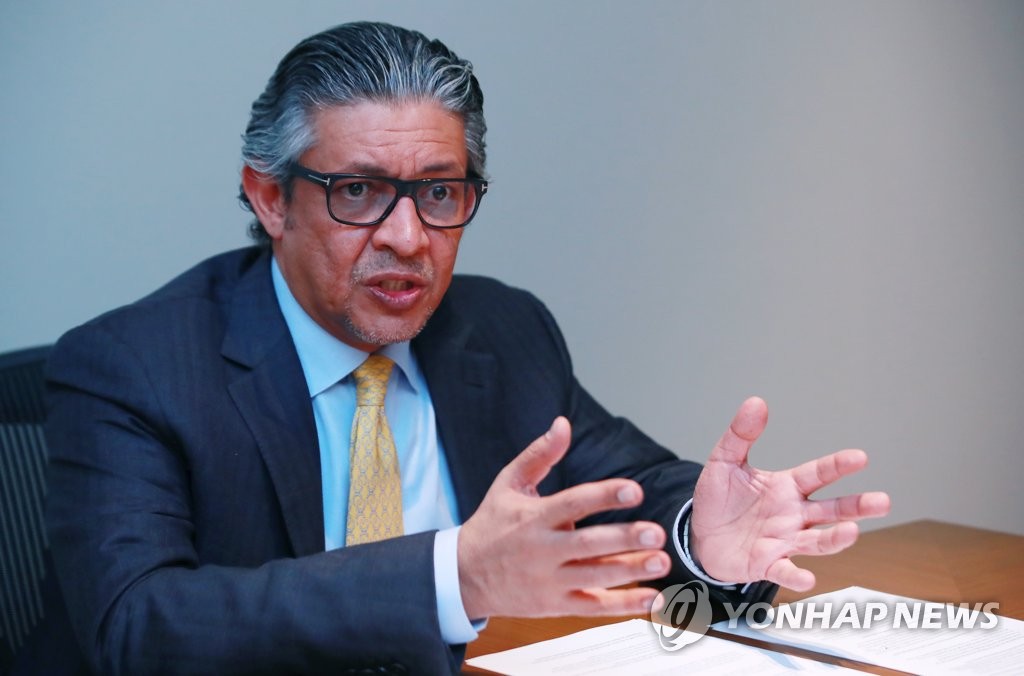 "Our duty in Saudi Arabia is to make sure we provide (the) right ecosystem, infrastructures, rules, regulations, land, energy, and also any support that Korean automobile companies may need to have a presence," the minister added. He said that there were "advanced" talks with some South Korean firms, including Hyundai Motor Co.

"What we are looking for is best in class, safety, track record in region, technology that serves the economic objective of Saudi Arabia and helps the energy mix that we are trying to achieve," Al-Tuwaijri said.

"We welcome Korean willingness. They are definitely eligible vendors. But we welcome all qualified companies to bid," he said.

Concerning South Korea's move to reduce dependency on nuclear power plants, the minister did not give a direct response on the matter. The Moon Jae-in administration of South Korea is currently seeking to break away from nuclear power at home, but at the same time has been making efforts to win overseas projects, which has been criticized by some as being inconsistent.

Going further, the minister said Saudi Arabia can be an attractive investment destination for South Korean companies as the government is making all-out efforts to learn from various practices around the globe, including different legislative regimes.

The Middle Eastern country is located at the nexus of three continents, paving the way for companies to expand their presence in other regions, which is another reason Saudi Arabia is seen as a favorable destination.

The minister said Saudi Arabia boasts strong financial health and is contemplating where to allocate such wealth.

Al-Tuwaijri claimed Saudi Arabia has unique experience it can share with South Korea. For instance, Saudi Arabia possesses knowhow related to the management of the millions of people who visit the country for religious purposes, which requires considerable skill in running transportation systems.

The Middle Eastern country, moreover, has long experience in research and development in the energy segment.

"We are privileged with a lot of sun (and) wind, and we spend a lot of money (on the) discovery of oil and conversion of oil into petrochemicals," he said.

Being a major player in the Middle East, the minster claimed that the country could also share its capabilities in the global halal business with South Korean firms. Halal products are prepared in a specific way according to Islamic Sharia law.

Besides the areas discussed at the meeting, the minister said he can see potential in promoting the tourism industry as well, with the Middle Eastern country already taking steps to lower visa barriers in terms of price and expiration dates.

Saudi Arabia is taking steps to issue tourism visas for visitors in the near future, the minister said.

"South Korea will become the first country to be notified. I don't expect it (to be) far away in the future," he added.

Considering potential cooperation with Pyongyang, the minister only reiterated that Saudi Arabia and North Korea do not have formal diplomatic ties. 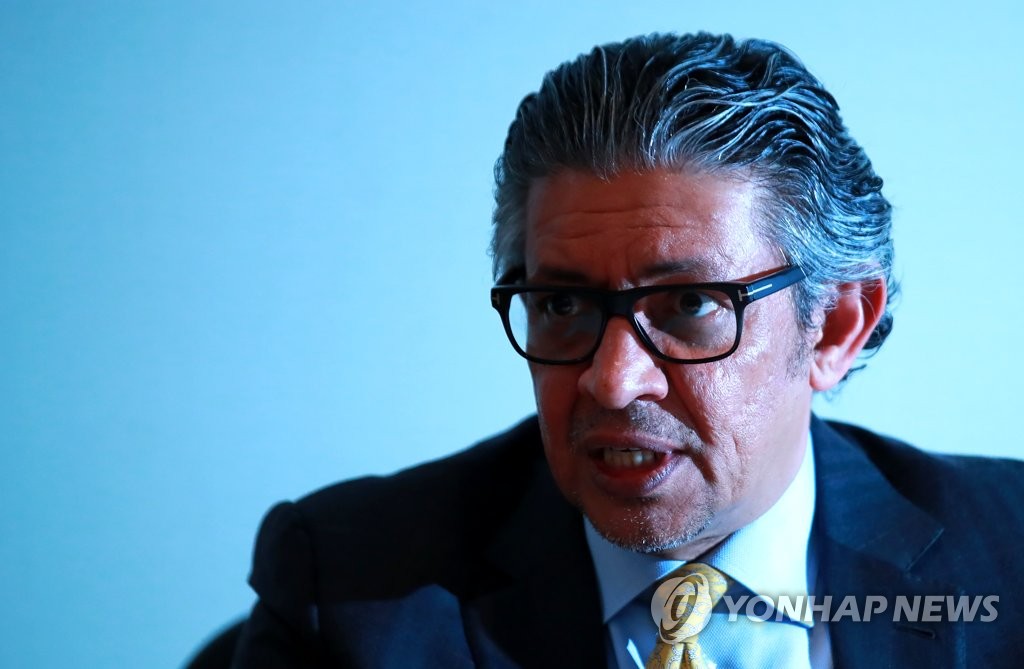