SEOUL, April 4 (Yonhap) -- A top Spanish official pledged Thursday that his government will coordinate closely with South Korea, if necessary, in handling a recent raid on the North Korean Embassy in Madrid by a group of anti-Pyongyang activists.

"Today, the Spanish side briefed (us) on the North Korean Embassy intrusion case," he told reporters.

While a related investigation is under way, Spain said it will talk closely with the South Korean government, if needed, in connection with the incident, he added. 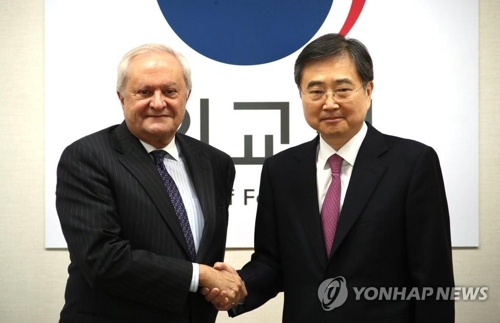 A week ahead of a second summit between U.S. President Donald Trump and North Korean leader Kim Jong-un in Hanoi in February, the activists intruded into the embassy and took communication devices, such as a computer, USB and mobile phone. They reportedly handed over some information to the FBI. A group calling itself Free Joseon claimed responsibility.

Spain's High Court said the intruders include U.S. and South Korean citizens. North Korea's foreign ministry described it as a "grave terrorist attack" and a violation of international law.

"We are following the rumors of all hues now in the air that (the) FBI of the United States and the small fry of (this) anti-DPRK 'body' were involved in the terror incident, and so on," an unnamed spokesman was quoted as saying by Pyongyang's state news agency, the KCNA.

A ministry official pointed out that South Korea and Spain have a couple of two-way pacts in place on the repatriation of criminals and police, and judicial cooperation in criminal matters. 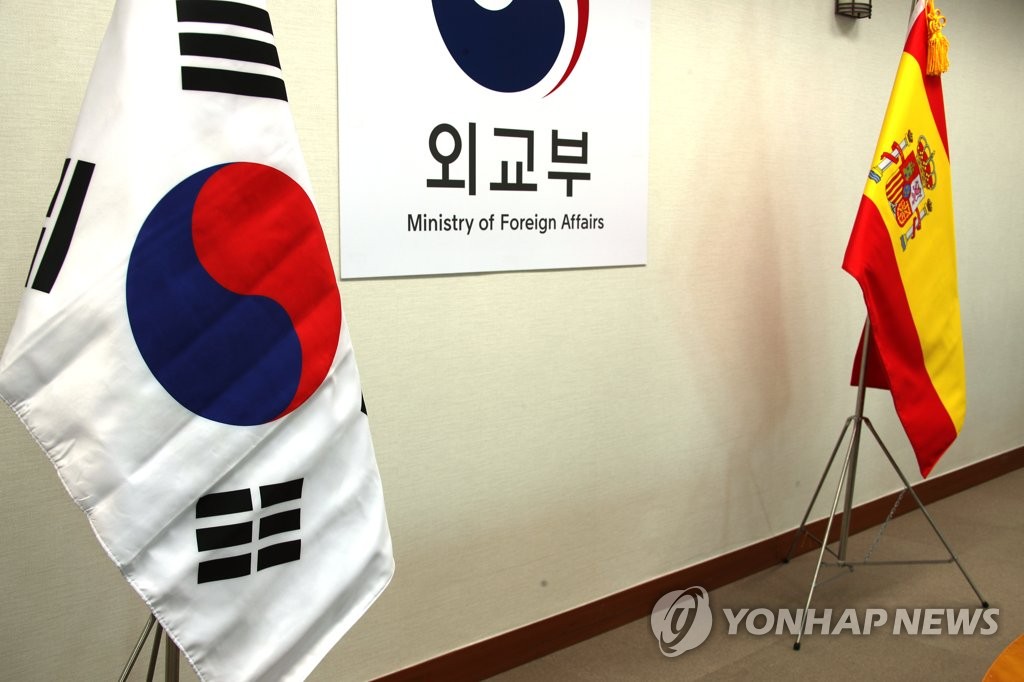 On a controversy over the crumpled national flag of South Korea, displayed at the venue for the foreign ministerial meeting, the official said it was a "mistake."

"(We) feel a sense of grave responsibility for failing to correct the mistake in a timely manner," he told reporters on the condition of anonymity.

He added the ministry will "take relevant measures," indicating that it would discipline officials involved.