"I am happy to say that I don't think the lack of results from the Hanoi summit has any significant rating impact (on South Korea) ... as we believe that North Korea has absolutely zero incentives in starting a war or creating tensions so high that a war becomes very likely," KimEng Tan, senior director at S&P, said in a media briefing.

Noting that the agency did not change its rating on Seoul when Pyongyang had conducted a lot of missile and nuclear tests, he said that the situation today is better than years ago.

U.S. President Donald Trump and North Korean leader Kim Jong-un held a second summit in Vietnam in February, but the highly anticipated meeting abruptly ended without any meaningful headway being made. 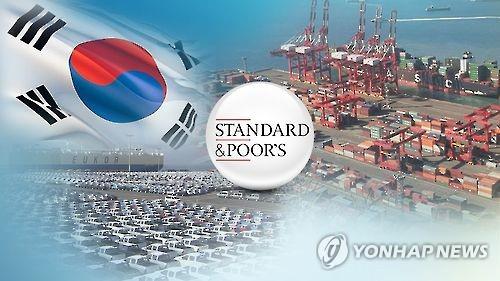 But the key security situation will keep S&P from upgrading its rating on South Korea at least over the next year, the expert said, pointing to lingering security risks and chances of contingency liabilities, which can be caused by the reunification of the Korean Peninsula.

"Our rating outlook on South Korea is already quite stable," he said. S&P has maintained its rating on South Korea at "AA," which is the third-highest level.

He then noted that any internal issues regarding North Korea are unlikely to have a major impact on Seoul's credit quality, as the North has a very closed economy and little links to the outside world.

"Even if North Korea opens up, it will take a long time before it has any major impacts on the Korean economy," he added.

Touching on its growth forecast for the South Korean economy this year, he pointed to some external downside risks. In its latest report on Asia-Pacific quarterly forecasts, the agency cut the growth estimate for the Korean economy to 2.4 percent in 2019 from its previous 2.5 percent.

"Rather than domestic factors, we see external ones, including trade tensions between the U.S. and China, the slowdown of the Chinese economy and the possible deterioration in the situation regarding North Korea," Tan said.

As for credit quality of Korean firms, S&P said things will get tougher this year due mainly to their debt increase and falling profits amid global economic uncertainties.

"The firms are entering a credit downcycle after a solid performance over the past couple of years," S&P expert Park Jun-hong said.

"Many Korean firms appear to have expanded investment for future growth by increasing borrowings, which could be a positive in the long run. But such aggressive financial policies attributed to the fall in their credit quality," he noted, also citing such factors as heightened capital outlays, shareholder returns, and merger and acquisition activity as major sources of concerns.

"But Korean companies are unlikely to suddenly lose their rating stability, given their desirable competitiveness and market position." 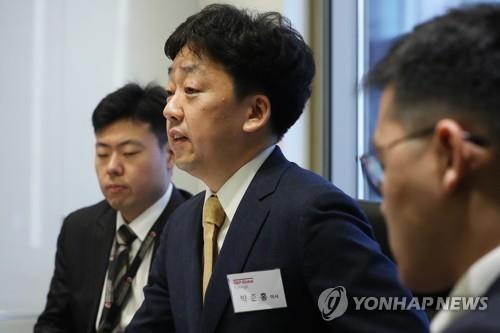