SEOUL, April 5 (Yonhap) -- The South Korean government declared a state of national disaster Friday over the massive blaze that has engulfed five cities and counties along the northeastern coast.

"The government will also decide whether to designate the affected areas as special disaster zones after examining the extent of the damage," an official from the Ministry of Interior and Safety said.

A state of disaster is proclaimed when there is an urgent need to deploy emergency measures to minimize casualties and damage to assets in the event of a major catastrophe.

One man was killed and many others were left displaced, while woodland and buildings were destroyed, due to the inferno that started on a mountain in Goseong, about 160 kilometers in a straight line from Seoul, with the damage piling up to what authorities have described as "an unprecedented extent."

The regions affected include the counties of Goseong, Inje and Sokcho, as well as Gangneung and Donghae cities. With the designation, they are eligible for emergency funds and other resources at the direction of the central government.

South Korea declared states of disaster in 2005 in the wake of a massive wildfire in Yangyang in the same province and in 2007 after South Korea's worst oil spill from a Hong Kong-registered tanker off the western coast of Taean. 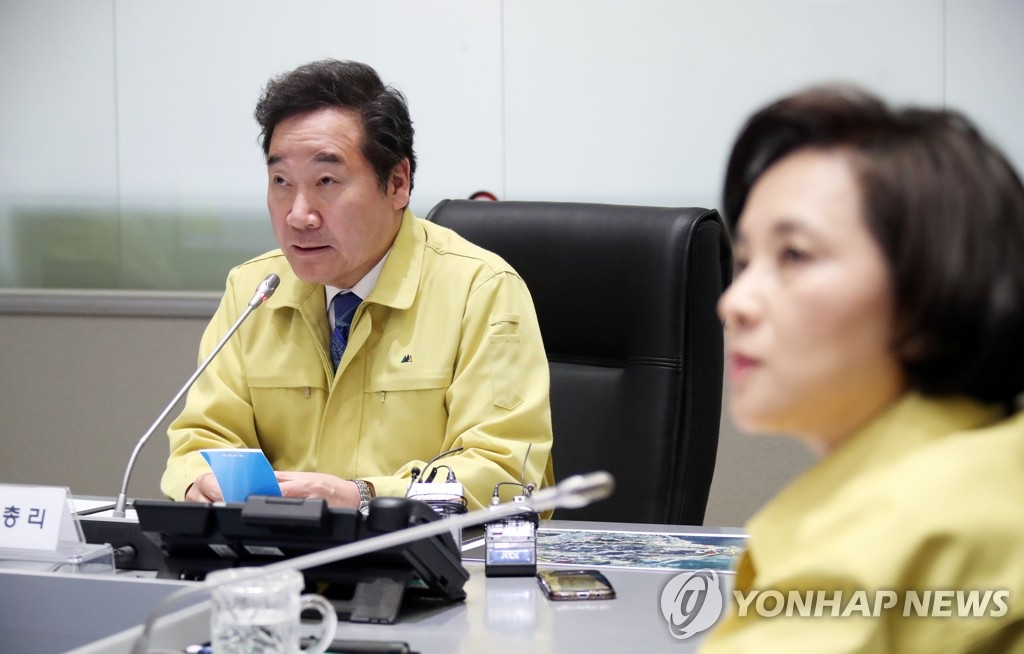 The fire, believed to have started on a roadside in the county in Gangwon Province, spread quickly to neighboring areas, engulfing Sokcho, Gangneung and Donghae farther south within hours, as strong southerly winds blowing at speeds of up to 35.6 meters per second fanned the flames.

Over 870 firetrucks have been dispatched to the sites from across the nation to put out the blaze, firefighters said. Some 13,000 rescue officials, including military and police forces, have been working since Thursday night to contain the fire and help evacuations.

One man died in the fire and 11 others were wounded. More than 4,200 people have been evacuated.

The blaze has so far burned 385 hectares of forest, also destroying at least 300 houses and buildings in Goseong, Sokcho and Gangneung, the authorities said.

Among the damaged buildings are nursing facilities and commercial camping sites -- the eastern coastal cities are popular resort and travel destinations.

Roads and railways have been shut off, with 52 schools and other public facilities closed.

The authorities are processing the scene to figure out the exact cause of the blaze. They first suspected an explosion of equipment installed at a telephone post, as witnesses said they heard a blast.

After conducting a preliminary examination, the Korea Electric Power Corp. said the switch on the pole is unlikely to have exploded on its own, adding that it could have been a spark created from wires and dust in very dry air. 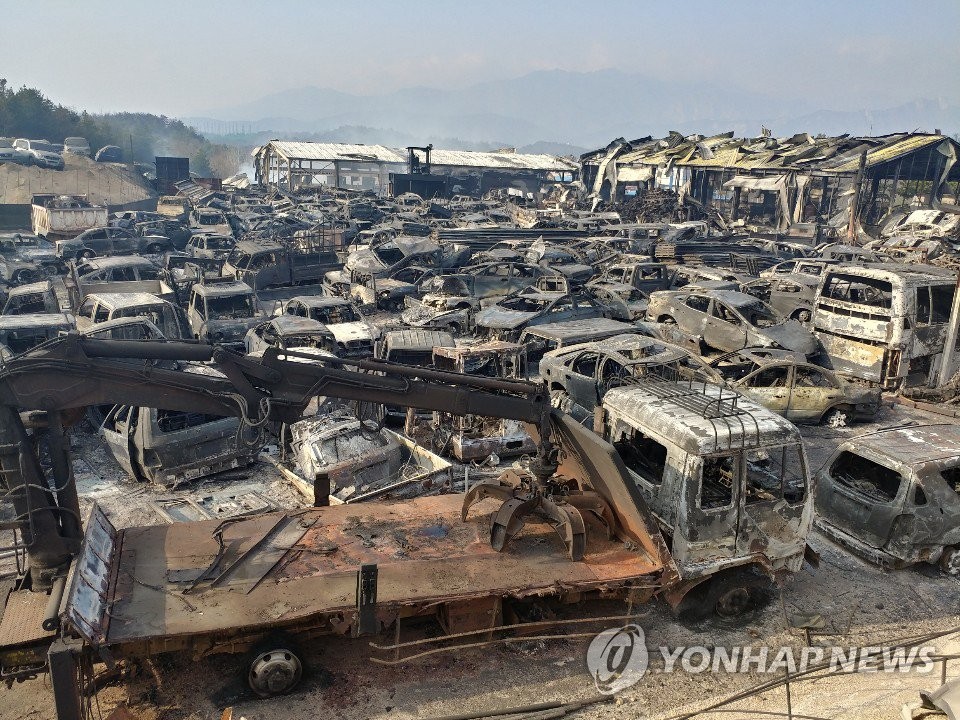