SEOUL, April 7 (Yonhap) -- Thanks to a lethal combination of their explosive bats and shoddy pitching by their opponents on Sunday, the Hanwha Eagles established new South Korean baseball records for most runs, RBIs and hits in a single inning.

The Eagles destroyed the hapless Lotte Giants pitching for 16 runs on 13 hits in the top of the third inning at Sajik Stadium in Busan, 450 kilometers southeast of Seoul.

No. 7 hitter Ji Seong-jun opened the inning with a walk against Lotte starter Jang Si-hwan. Ji came to the plate two more times in the frame, going 2-for-2 with a walk and three RBIs. 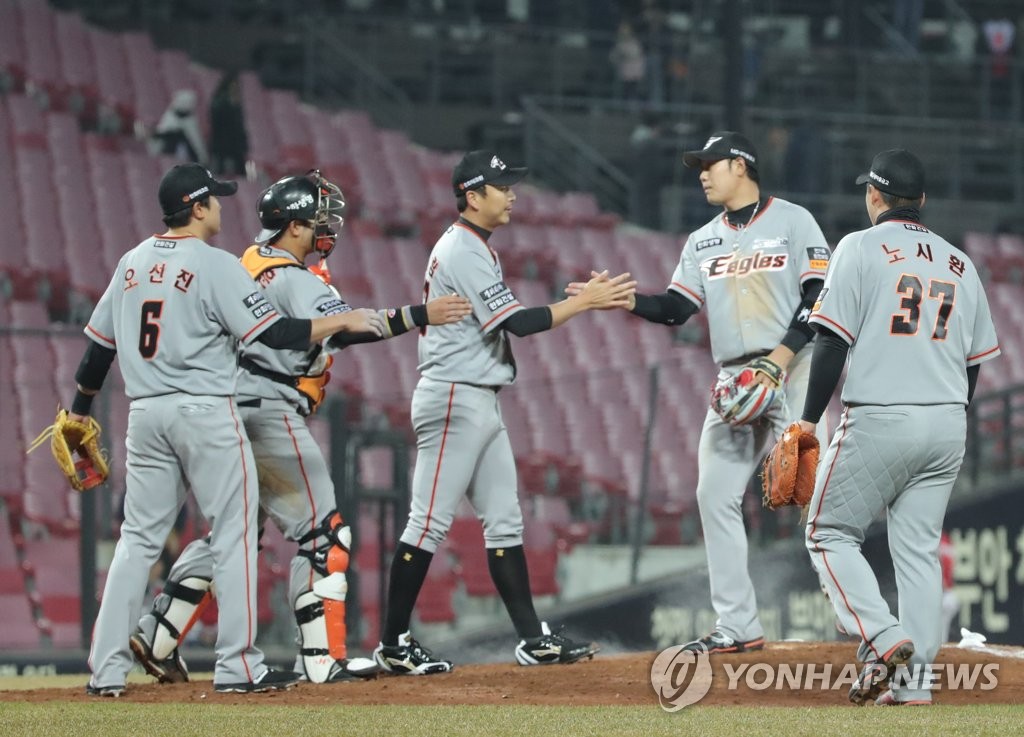 The Eagles entered the third inning trailing 1-0. After walking Ji, Jang gave up a single and a walk, and then Jeong Keun-woo knocked in the inning's first two runs with a single.

It was just the beginning. Jung Eun-won launched a three-run blast to put the Eagles up 5-1. Song Kwang-min began another rally with a single and chased Jang from the game.

Reliever Yun Kil-hyoun had no answer, either. He walked the first batter he faced, Jared Hoying, and Kim Tae-kyun delivered an RBI single for a 6-1 lead.

Yun recorded the first out of the inning with a strikeout, but Ji, in his second plate appearance of the inning, came through with an RBI double. Jang Jin-hyuk's infield single made it 8-1 Eagles.

A throwing error by shortstop Kang Ro-han loaded the bases. Jeong Keun-woo's fly ball to right field wasn't deep enough to bring in a run, but Jung Eun-won took care of that with a two-run single.

Song had an RBI double to push the lead to 11-1, and Hoying added insult to injury with a three-run bomb for a 14-1 cushion.

The Eagles weren't done. After two consecutive singles off Yun, who was somehow still on the mound in the midst of the debacle, Ji's two-run double made it 16-1 for the merciless visitors. 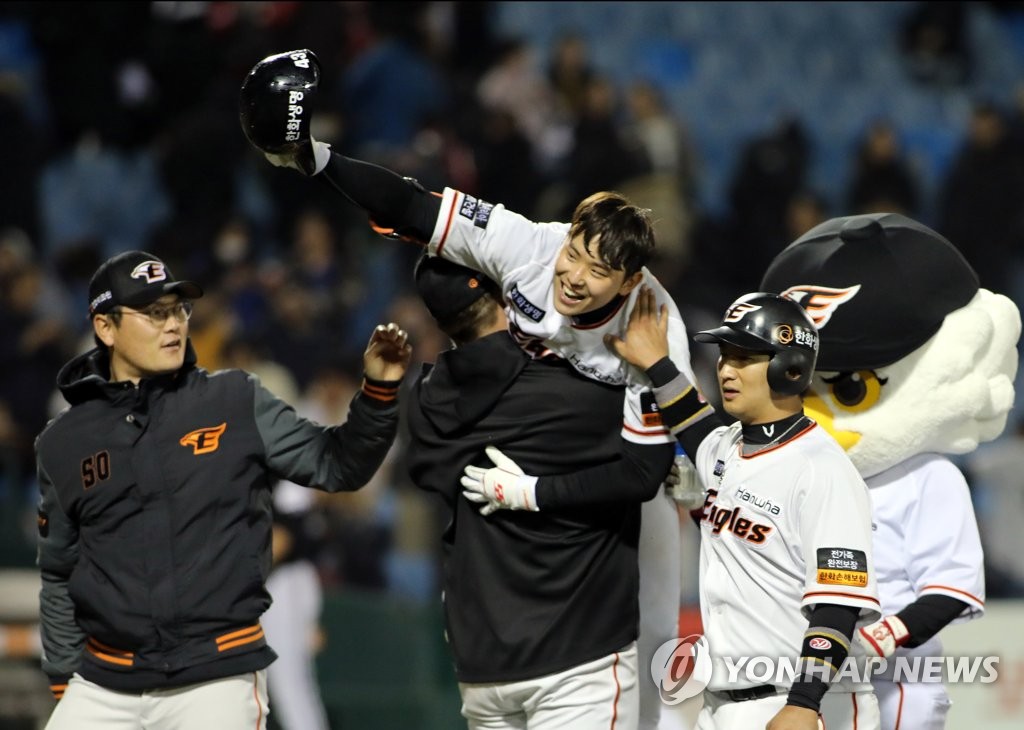 Because of the error, eight of the 10 runs that Yun gave up in the third inning were unearned.

The Eagles went on to win 16-1, as the game was called off after six innings due to rain. The Eagles had 19 hits for the game.

A game that's called because of inclement weather after five innings still goes into the books as an official game.

The previous record for most runs in one inning was 13, set four different times by three clubs, most recently the Samsung Lions in 2003 against the LG Twins.

No team had recorded more than 11 hits in one inning until the Eagles broke out for 13 on Sunday.

In the third inning alone, all of Hanwha's starters scored a run, a feat that has now been accomplished 15 times.

The Giants were also at the wrong end of a rout earlier this season. On March 27, the Lions hammered them 23-4 with 24 hits, including eight home runs.

Jang Si-hwan was also the starting pitcher that day. He was charged with six earned runs in 2 2/3 innings.