The Seoul Central District Prosecutors' Office made the decision Friday not to charge him because of insufficient evidence. Woo was suspected to have received 10 million won (US$8,921) in total from a businessman, identified by his surname, Chang, in April 2009.

Woo, then a legislator of the main opposition Democratic Party, allegedly promised to help Chang's relative land a job at POSCO, the largest steelmaker in the country.

Chang filed a complaint against Woo on possible fraud and bribery charges after the relative never got the position Woo had promised at POSCO. Woo apparently paid the money back to Chang in 2016, a week before the April parliamentary elections, because he feared Chang may go public about the incident, Chang alleges.

The bribery suspicion emerged after Kim Tae-woo, a former special inspector at the presidential office Cheong Wa Dae, came forward with the revelation that he was removed from his post for digging into possible malpractice by ranking public figures with close ties to President Moon Jae-in. 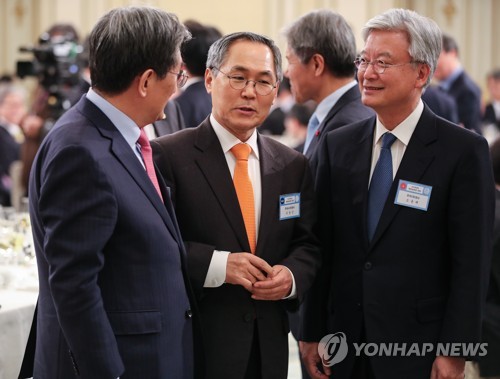