Foreign Minister Kang Kyung-wha met with ASEAN Secretary-General Lim Jock Hoi in Jakarta on the sidelines of her visit to Indonesia to attend the third ministerial joint committee session with the Southeast Asian nation.

During the talks, Kang and Lim exchanged views on boosting cooperation for implementing the South Korean government's New Southern Policy meant to expand ties with ASEAN countries and on ensuring the success of the South Korea-ASEAN special summit set to be held in South Korea late this year, the ministry said.

South Korea plans to hold a special group summit with ASEAN member states in the southern port city of Busan from Nov. 25-26, followed by a separate Mekong summit with Vietnam, Thailand, Myanmar, Laos and Cambodia the next day.

Kang expressed hope for a leap in South Korea-ASEAN relations through the implementation of the New Southern Policy, according to her ministry.

In response, the secretary-general welcomed Seoul's hosting of the group summit and vowed active support from his office for the success of the event, the ministry said. 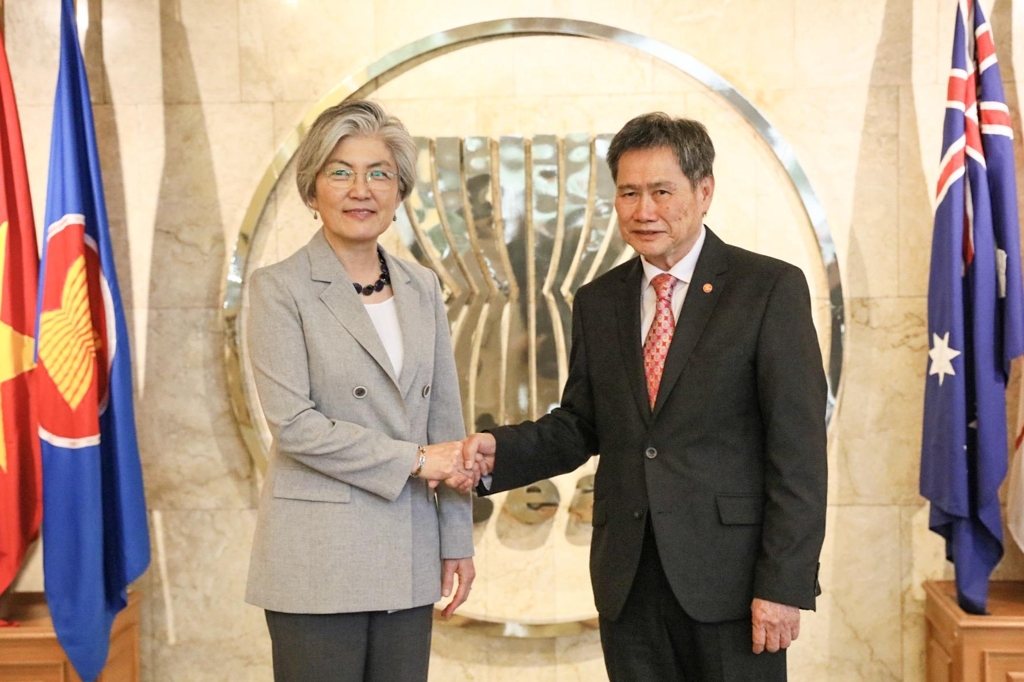