The two leaders are scheduled to meet at the White House on Thursday after the breakdown of Trump's second summit with North Korean leader Kim Jong-un in Vietnam in late February.

The resulting impasse in denuclearization talks between Washington and Pyongyang has put the brakes on Moon's push to resume economic projects with the North and establish "lasting peace" on the divided peninsula.

Meanwhile, Trump's options are constrained by his administration's stated commitment to keeping sanctions on Pyongyang until denuclearization is achieved.

"President Moon must ensure that America and North Korea keep talking and are committed to a process of normalizing relations over the long-term," Harry Kazianis, director of Korean studies at the Center for the National Interest, said in comments to Yonhap.

"If Moon can ensure Trump is committed to such a process -- and not being hijacked by hardliners like National Security Adviser John Bolton -- then Moon can work on facilitating and shaping the nature of such a normalization," he said. 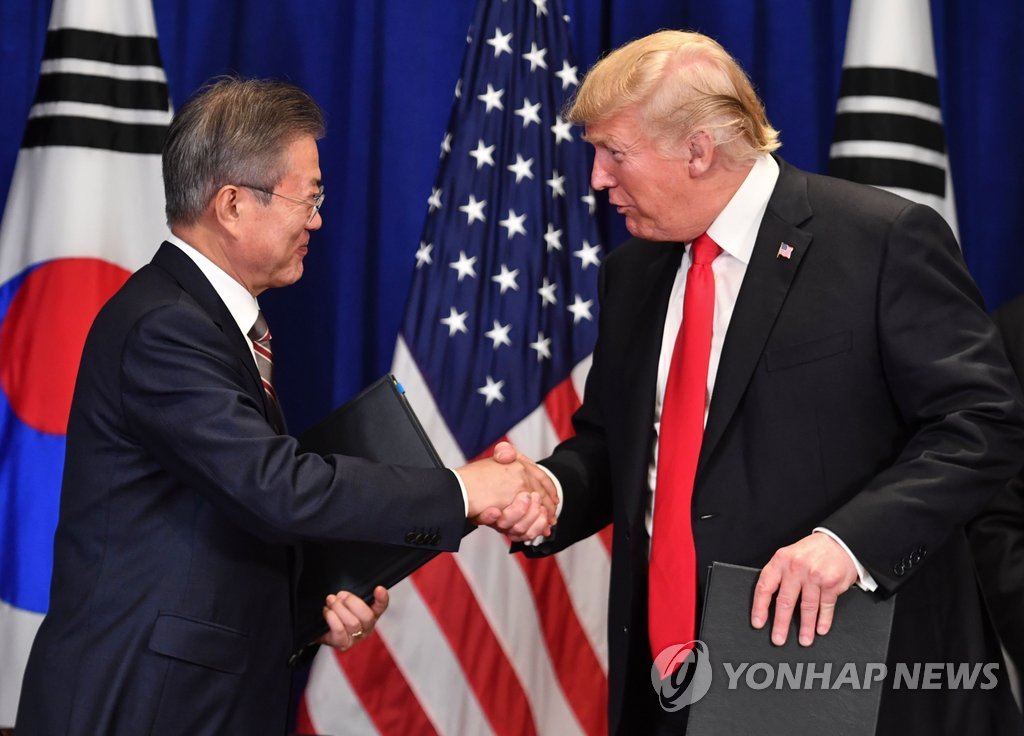 The South Korean president could propose that the U.S. offer a package of sanctions relief that is "temporary" and conditional on North Korean compliance with its denuclearization commitments, according to Kazianis.

If Moon can persuade Trump to make some concessions to the North, the South Korean leader will have more leeway in dealing with his North Korean counterpart.

The Korean leaders held three summits of their own last year and agreed that Kim would visit Seoul before the year's end. The trip never materialized as talks between the U.S. and North Korea stalled.

"(Moon) will want to receive some tangible message from Trump, whether it's a willingness to negotiate soon or some demonstration of flexibility, that he can then take to Kim Jong-un to convince him to do the same," said Frank Aum, a Korea expert at the U.S. Institute of Peace.

The Hanoi summit collapsed due to the two sides' failure to bridge differences on the extent of North Korea's denuclearization and sanctions relief from the U.S.

Bolton has said that Trump urged Kim to accept the "big deal," which called for the dismantlement of all of North Korea's weapons of mass destruction programs in exchange for sanctions relief.

The North Korean leader was apparently unwilling to offer any more than the North's main nuclear complex in Yongbyon.

"President Moon may seek to return to his role as a mediator in an effort to restart diplomacy," said Robert Manning, senior fellow at the Atlantic Council, noting that the South Korean president's popularity has dropped and his administration's optimism on North Korea has so far yielded little progress on denuclearization, limiting prospects for inter-Korean reconciliation.

Manning said the U.S. and North Korea should explore what is possible, including whether Kim is willing to dismantle the Yongbyon facility with outside verification or add another item to the package, such as a separate, undeclared highly enriched uranium facility.

Moon to seek flexibility from Trump on N. Korea: analysts

Moon to seek flexibility from Trump on N. Korea: analysts