Moon will head to Washington on Wednesday for his two-day visit. He and Trump will meet Thursday (U.S. time).

The scheduled meeting comes after Trump's second and latest summit with North Korean leader Kim Jong-un was held in Hanoi in late February and ended abruptly without a much anticipated nuclear agreement.

What once seemed to be unprecedented talks between Washington and Pyongyang on completely ridding the Korean Peninsula of nuclear weapons have since stalled with both sides now apparently looking to Seoul to help restart what has turned out to be an arduous and equally fragile process. 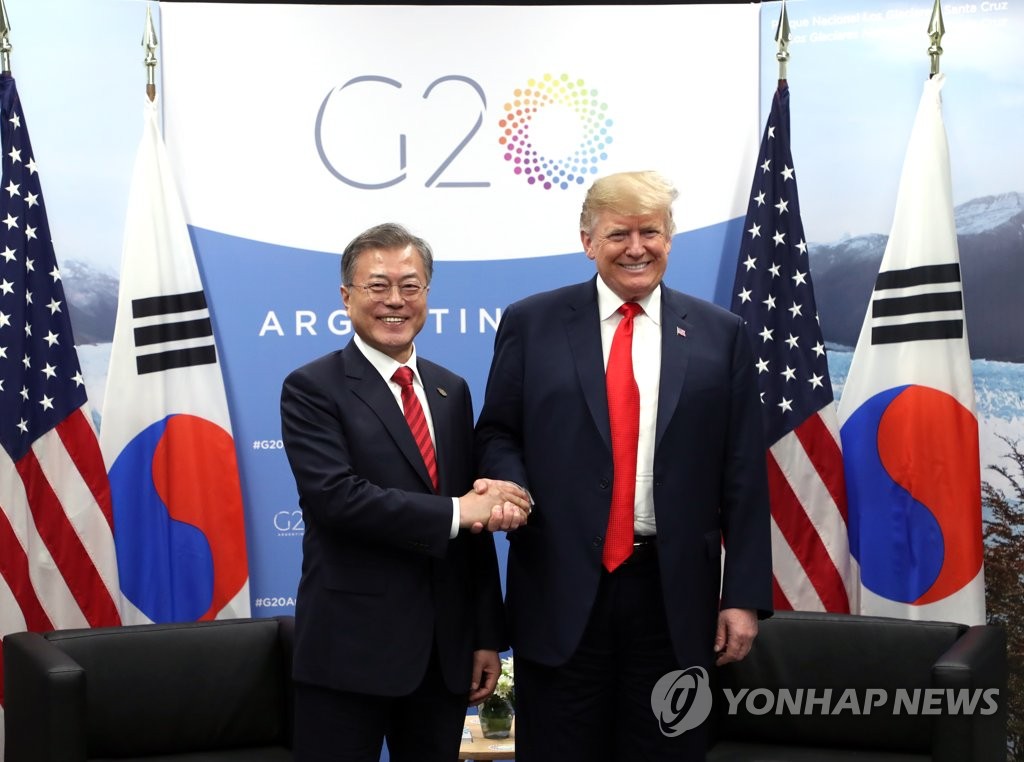 "The upcoming (South Korea-U.S.) summit comes as there is a need for consultation between the two countries to quickly revive the momentum for dialogue following the Hanoi summit," Kim Hyun-chong, a deputy director of the National Security Office (NSO) at Cheong Wa Dae, told a press briefing.

The whole process to denuclearize North Korea began after Moon held a historic inter-Korean summit with the North Korean leader in April 2018. The two have since met two more times, in May and September, with their latest summit held in Pyongyang.

On the same day his Hanoi meeting with Kim fell apart, Trump called Moon to ask for his help.

"While expressing disappointment over the failure to reach an agreement in the summit, President Trump reaffirmed his determination to resolve the issue through dialogue with North Korea in the future," Cheong Wa Dae said of the telephone conversation earlier.

"In addition, (Trump) asked President Moon to actively perform the role of a mediator that may entail talking with Chairman Kim and letting him know the outcome of his dialogue."

Moon and Trump have apparently decided they should talk first.

On top of the agenda for their talks will likely be how much they will give to North Korea.

Trump has said his second summit with Kim fell through largely because the North wanted international sanctions lifted "in their entirety, but we couldn't do that."

He has also said the sanctions should and will be maintained until Pyongyang fully denuclearizes.

Moon, on the other hand, has stressed the need for some carrots in addition to sticks.

"I believe corresponding measures too must be considered to further promote North Korea's denuclearization process," he said. 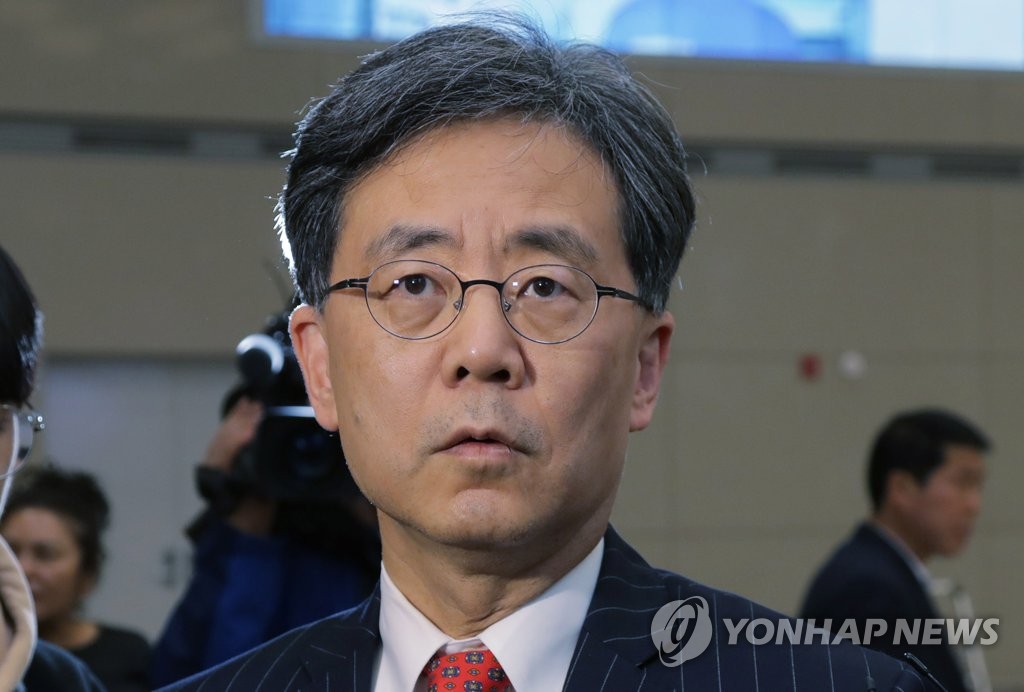 Following his recent trip to the U.S., the NSO deputy director, Kim, said Seoul and Washington were on the same page regarding the "end state" of North Korea's denuclearization and how to get there.

A ranking Cheong Wa Dae official reiterated that the countries completely agreed on what a nuclear-free North Korea should look like and how to reach such a state, but apparently only at the macro level.

"What is important is that (Seoul and Washington) agree on the end state of complete denuclearization, the roadmap and that their top-down approach must be maintained," the official told reporters, referring to the recent summit meetings with the North Korean leader.

Whether the countries should offer phased rewards to the North will be discussed at the upcoming summit, the official said when asked.

Moon's upcoming talks with Trump will inevitably be followed by dialogue with the North Korean leader.

(LEAD) President Moon to meet Trump ahead of apparent talks with N. Korea

(LEAD) President Moon to meet Trump ahead of apparent talks with N. Korea