The group, Fighters for a Free North Korea, plans to fly balloons carrying some 500,000 leaflets near the Demilitarized Zone separating the two Koreas in mid-April, the head of the group, Park Sang-hak, said.

"It has been almost a year since Kim declared he would give up the nuclear program, but he has not kept his promise and is ridiculing people," Park said.

If the group sends the leaflets, it will be the first such event this year.

The government has urged local activists to stop their leaflet campaigns, saying that they go against the efforts to reduce tensions and improve ties with the North. 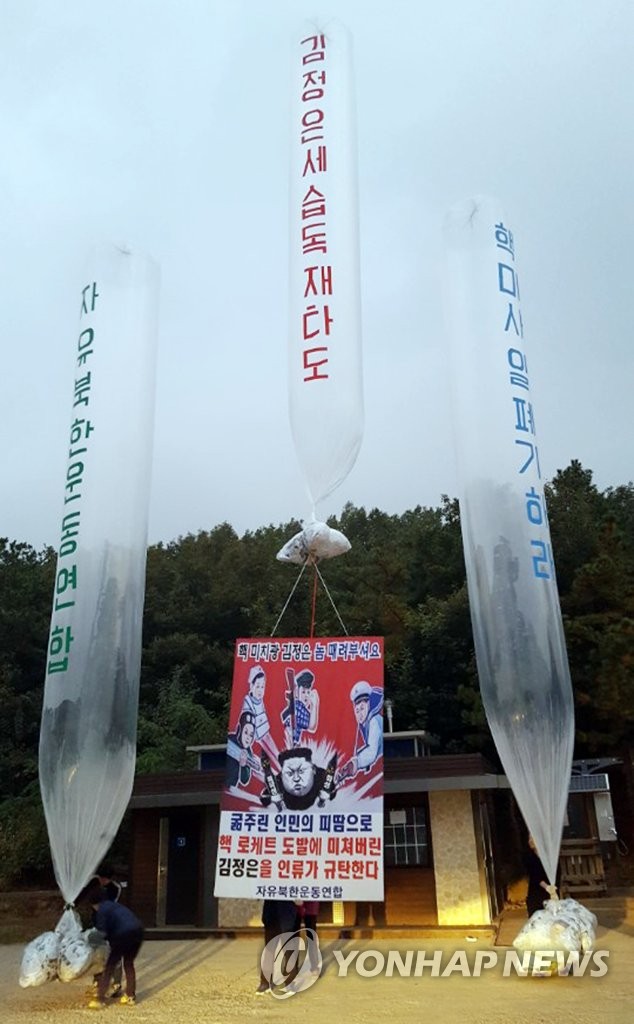