Pyongyang's Ambassador to Russia Kim Hyong-jun was seen at the international airport in Beijing earlier in the day on his way to board a Pyongyang-bound Air Koryo flight.

Observers said that the ambassador appears to be heading home to attend Thursday's first session of the 14th Supreme People's Assembly since new deputies were elected to the parliament.

He was reportedly among the 687 deputies elected to the parliament in nationwide elections last month.

Thursday's parliamentary session is drawing keen global attention as it could provide a glimpse into North Korea's next steps following the breakdown of February's summit between leader Kim Jong-un and U.S. President Donald Trump.

Some speculate that the ambassador's return might be aimed at preparing for leader Kim's visit to Russia for his first-ever summit with President Vladimir Putin. 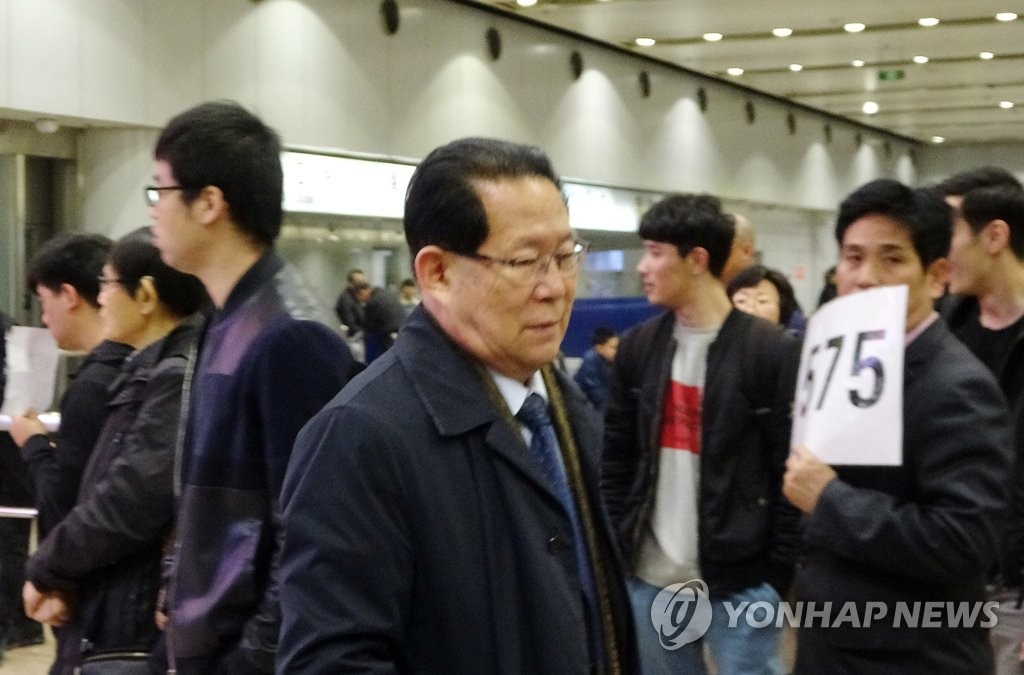