SEOUL, April 9 (Yonhap) -- South Korea is still trying to convince the United States to extend a sanctions waiver allowing the Asian ally to continue crude imports from Iran, days ahead of a White House summit between the two countries, a government official here said Tuesday.

The two sides had another round of working-level consultations on the matter in Washington on Monday (local time). South Korea's delegation was led by Deputy Foreign Minister for Economic Affairs Yun Kang-hyeon and his counterpart was Francis Fannon, assistant secretary of state for the bureau of energy resources. 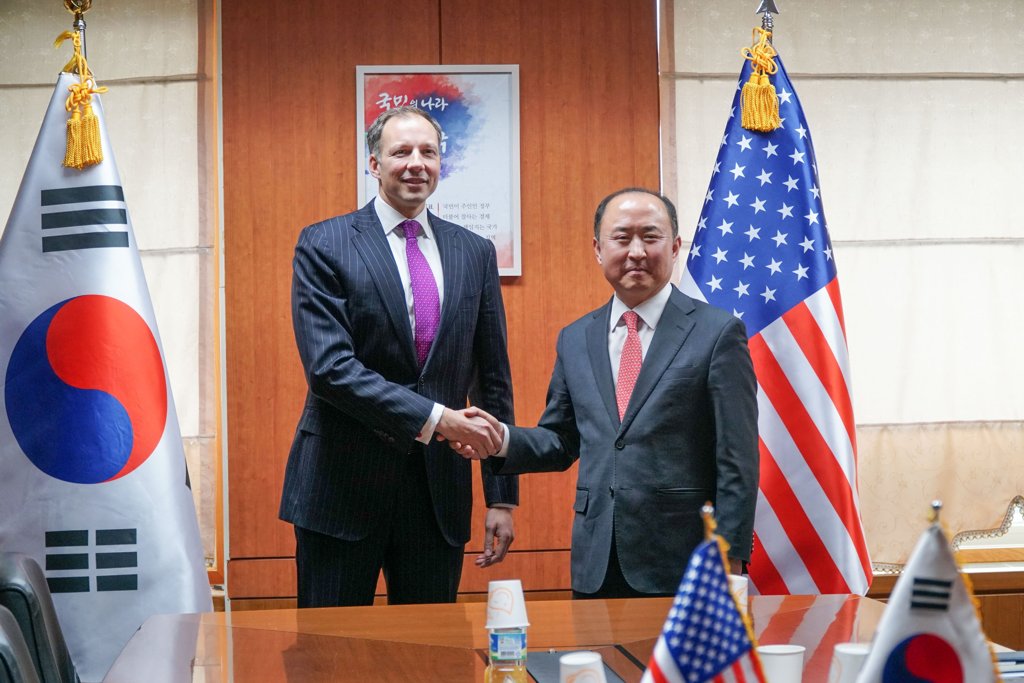 The U.S. position is essentially that it can no longer grant a waiver on the oil embargo, the foreign ministry official told reporters in a background briefing.

"(We) are continuously requesting a waiver, doing our best, emphasizing the robust South Korea-U.S. alliance and the unique characteristics of the (domestic) petrochemical industry, to which condensate is indispensable," he said.

He was referring to the ultralight oil used in various petrochemical products, which are among South Korea's leading export items along with semiconductors.

Last November, South Korea was granted a temporary waiver on the renewed U.S. ban on Iranian oil imports after agreeing to reduce its purchases by a "significant amount." Seven other nations received similar exemptions, with related accords slated to expire as of May 3.

Seoul's push to get the waiver extended has hit a setback in the face of the Trump administration's tougher stance on Tehran.

On Monday, Trump announced the designation of Iran's Revolutionary Guard Corps as a foreign terrorist organization. It marks the first time that the U.S. has blacklisted an entity of a foreign government.

Speaking separately to the media, Secretary of State Mike Pompeo said it represents an effort to put "maximum pressure" on Iran to end its support for terrorism and other activities that destabilize the region.

With regard to the waivers, he said, "We'll make that decision in due course as we move towards May 2nd."

According to a U.S. news report, South Korea and four others -- China, India, Japan and Turkey -- are expected to be given waivers again, although they may have to cut Iranian oil imports further.