Offshore investors purchased a net US$1.31 billion worth of South Korean debts in March, turning around from net sales of $190 million the previous month, according to the data by the Bank of Korea (BOK).

They had remained net sellers in the first two months of 2019, dumping a cumulative $3.42 billion over the January-February period.

On the stock market, foreigners bought $200 million worth of South Korean shares more than they sold in March, extending their net buying streak to four straight months. But the amount of their net purchase dived from $1.51 billion tallied in February.

As a result, a foreign inflow to the South Korean financial market reached a net $1.33 billion last month.

After choppy market sessions, South Korea's benchmark KOSPI closed at 2,141 points at the end of March, down from 2,195 points a month earlier.

On the foreign exchange market, meanwhile, the daily variation of the won-dollar rate, which shows the change from the previous session's closing price, slightly widened to 3.5 won in March from February's 2.9 won.

The South Korean currency finished at 1,135.1 won against the U.S. greenback as of end-March, compared with 1,124.7 won at the end of February.

The credit default swaps premium for foreign exchange stabilization bonds was 30 basis points in March, down from 31 basis points a month earlier. 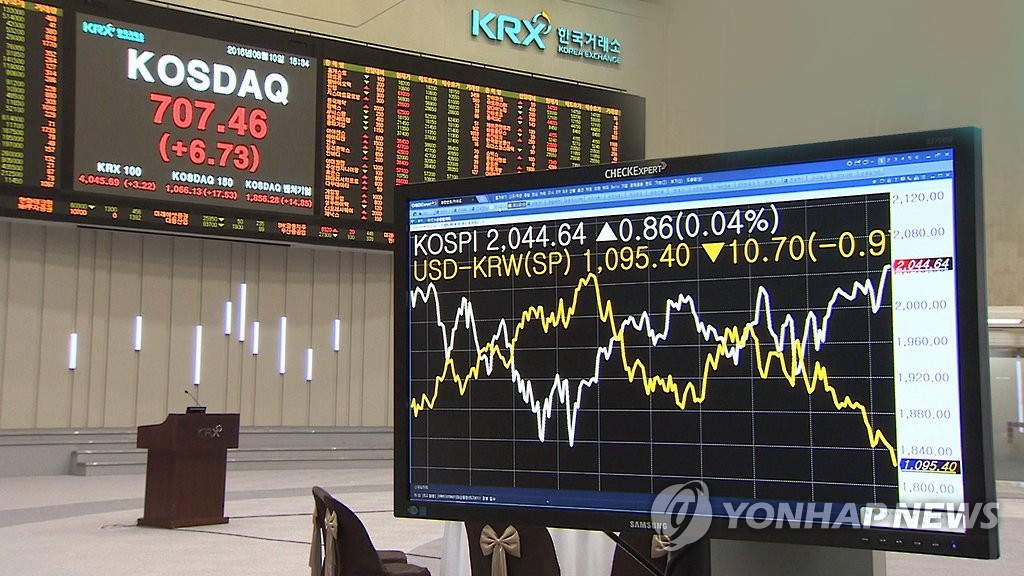