DAEJEON, April 10 (Yonhap) -- The defending South Korean baseball champions SK Wyverns have been the league's biggest comeback kids in 2019, with half of their 10 victories coming in the last at-bat of the game.

Those tightly-contested games have been exciting for fans, but have only added extra stress to the daily grind of manager Yeom Kyung-yup's job, which is why the skipper isn't particularly fond of the late-inning drama. 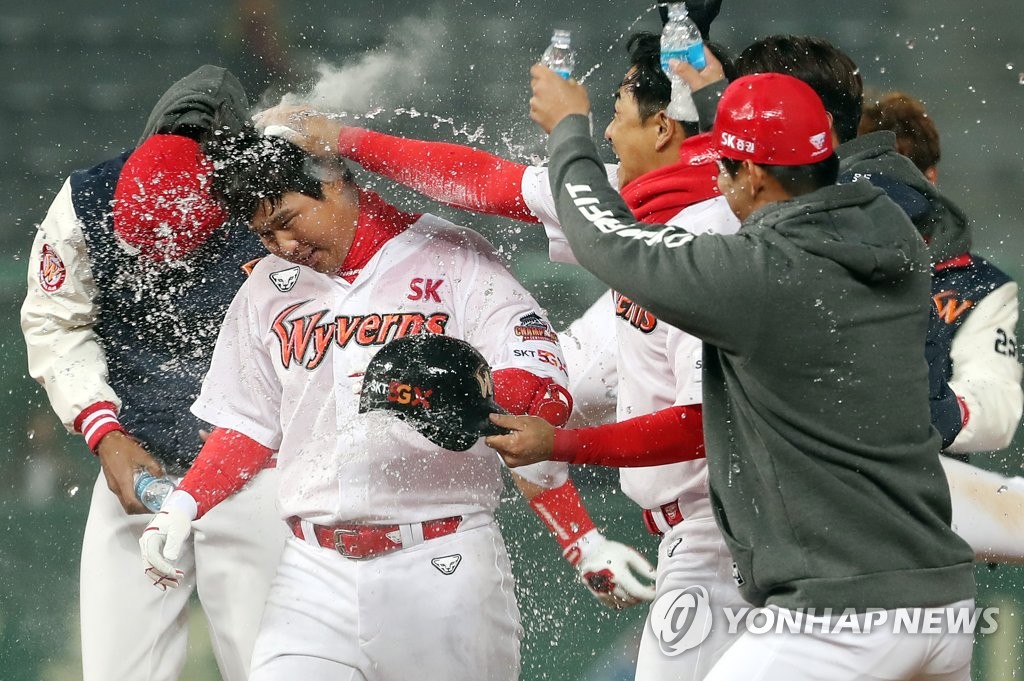 "We should be beating teams up easily, not winning games with walk-off hits," Yeom told reporters in Daejeon, 160 kilometers south of Seoul, on Tuesday, before his team's Korea Baseball Organization (KBO) road game against the Hanwha Eagles was rained out.

"Our hitters have to be swinging the hot bat from the get-go, and our pitchers have to be pounding the zone early," Yeom added. "If you play so many close games, it can really take its toll on the whole team. Fortunately, we haven't been affected too much yet. Hopefully, we'll turn things around and start winning more convincingly."

The Wyverns are sitting pretty in first place at 10-4. And 13 of their games were decided by three or fewer runs, and their last two victories came with game-winning hits in the bottom of the ninth inning.

Eight of their 10 victories have been of the come-from-behind variety. And they've rallied to win two out of six games when they were trailing after seven innings, the best winning percentage in such a situation in the KBO.

The Wyverns boast the second-best team ERA at 2.86. And it's the fifth starter, Moon Seung-won, who has been a revelation. He has a 0.64 ERA after holding the opponents to a run over 14 innings in two starts.

On offense, the Wyverns are dead last with a .228 team batting average and have scored the second-fewest runs with 51. It's just that they've managed to get hits and runs at the right moments.

Consider their 7-6 victory over the Lotte Giants on April 4. They were down 6-2 entering the bottom seventh, and they put up four runs on the strength of three home runs in that frame. Kang Seung-ho won the game with a walk-off hit in the bottom 11th.

Two days later against the Samsung Lions, with the score knotted at 1-1 in the bottom ninth, Choi Jeong, a slumping slugger, laid down a surprise bunt for a single. That loaded the bases with nobody out, setting the stage for Bae Young-seop's game-winning sacrifice fly.

Yeom said he will remain patient with Choi, who has homered just twice, with a .200 batting average, in 14 games, and other struggling hitters.

"Over the course of a season, lineups will go through slumps, and for our team, that slump came early," Yeom said. "If you aren't patient with those hitters, then you'll rob them of an opportunity to bounce back." 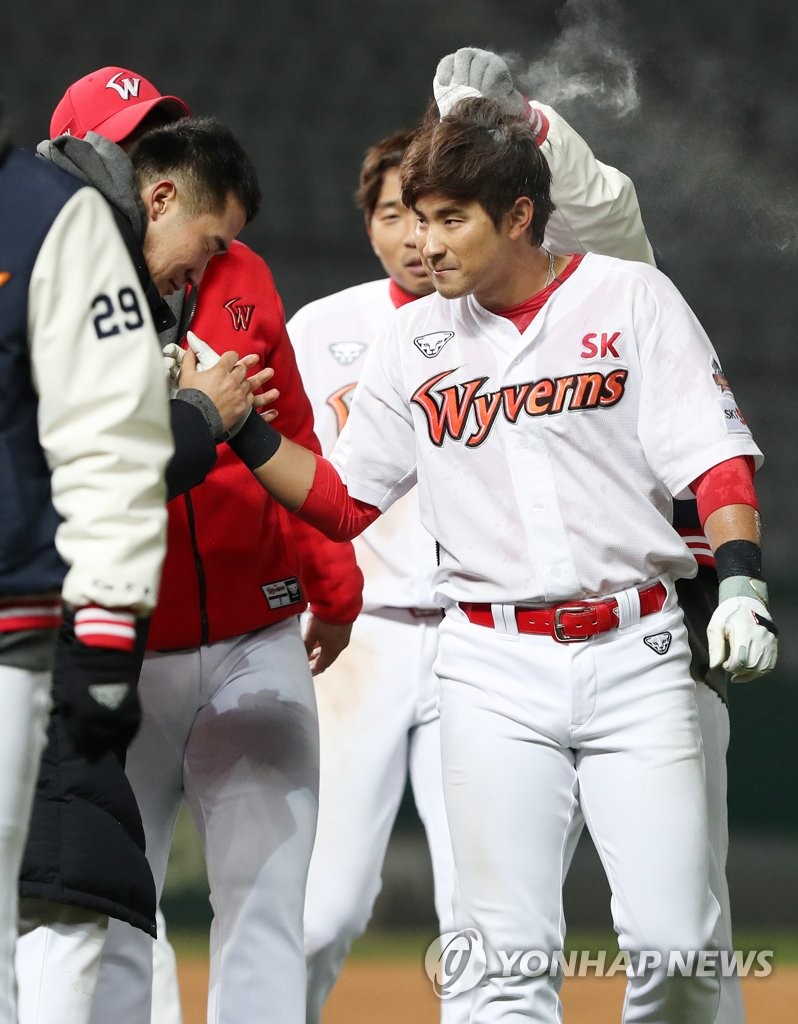