The estimate, based on the consensus of local brokerages, showed that combined profit of the three companies could hit 130.3 billion won (US$114.3 million) for the whole of this year, up from 86 billion won tallied in 2018. 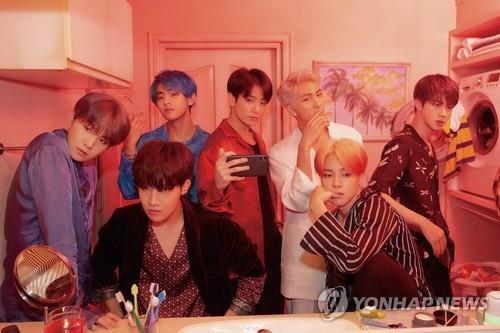 Broken down, the financial industry tracker said SM's operating profit should stand at 60.8 billion won this year, with numbers for JYP and YG standing at 44.8 billion won and 24.6 billion won, respectively.

The strong numbers are noteworthy as Seungri, formerly a member of YG's popular group Big Bang, is the focus of a snowballing criminal investigation that has, to some extent, tarnished the image of K-pop's "clean" appeal. The disgraced star is accused of procuring sex services and possible involvement in a crime-riddled night club, Burning Sun, in southern Seoul.

The expected gains by the entertainment companies come as growth numbers for 262 listed companies checked by FnGuide, showed that operating profit is expected to drop 11.9 percent on-year to 159.35 trillion won for this year.

In addition to the three, if earnings of Big Hit Entertainment, the management of global boy band sensation BTS, is counted, numbers could be even higher this year, although details need to be checked. At present there is no earnings consensus being filed for Big Hit, which is a relative newcomer to the K-pop entertainment business world.

For 2018, if the operating profits of Big Hit are included in the earnings of the four entertainment companies, the total stood at 150.1 billion won.

Others pointed out that with K-pop's strength on YouTube unlikely to be affected, companies in their sector can expect steady growth for the foreseeable future.