SEOUL, April 11 (Yonhap) -- Sometimes in baseball, it's not so much how many base runners you allow as a pitcher. It's about stranding those runners and getting out of jams.

Unless you throw perfect games every time out, you're bound to put some traffic on the base path. You can't count on your defense forever and expect opposing hitters to swing and miss every time. At the end of the day, you'll have to execute your pitches. 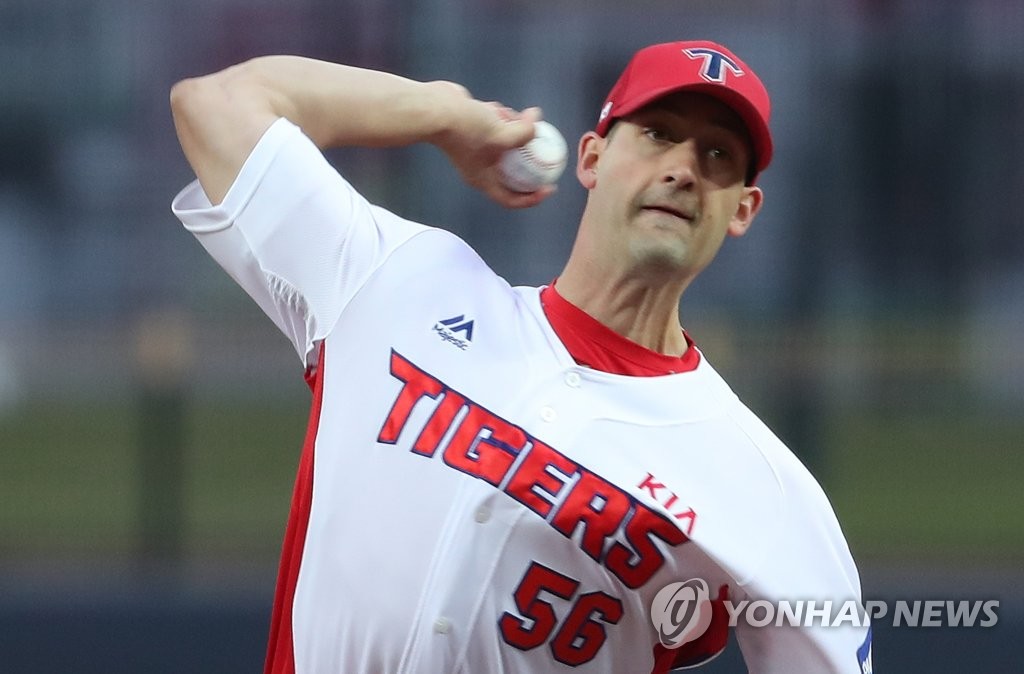 So far this Korea Baseball Organization (KBO) season, no one has done it better than Joe Wieland of the Kia Tigers.

Take his start Wednesday against the NC Dinos. In the second inning, Wieland gave up a walk and a double to put men at second and third with nobody out. He struck out Mo Chang-min and traded a run for an out by inducing a groundball off the bat of Kwon Hee-dong. Wieland got another groundout to escape the inning by giving up just one run.

Two innings later, Wieland worked around a leadoff double by Na Sung-bum. He held the Dinos to a run over seven innings, and the Tigers went on to take the game 2-1 in 10 innings.

For the season, opponents are batting just 1-for-19 against Wieland with men in scoring position.

Wieland's counterpart Wednesday, Park Jin-woo, has also been effective this season, holding hitters to just 1-for-12 with runners in scoring position. He wiggled out of a couple of jams in the second and third innings, when the Tigers put runners at first and second.

With men in scoring position, Wieland has struck out five batters, while inducing nine groundouts and four flyouts. Park has had six groundouts, three flyouts and two strikeouts. 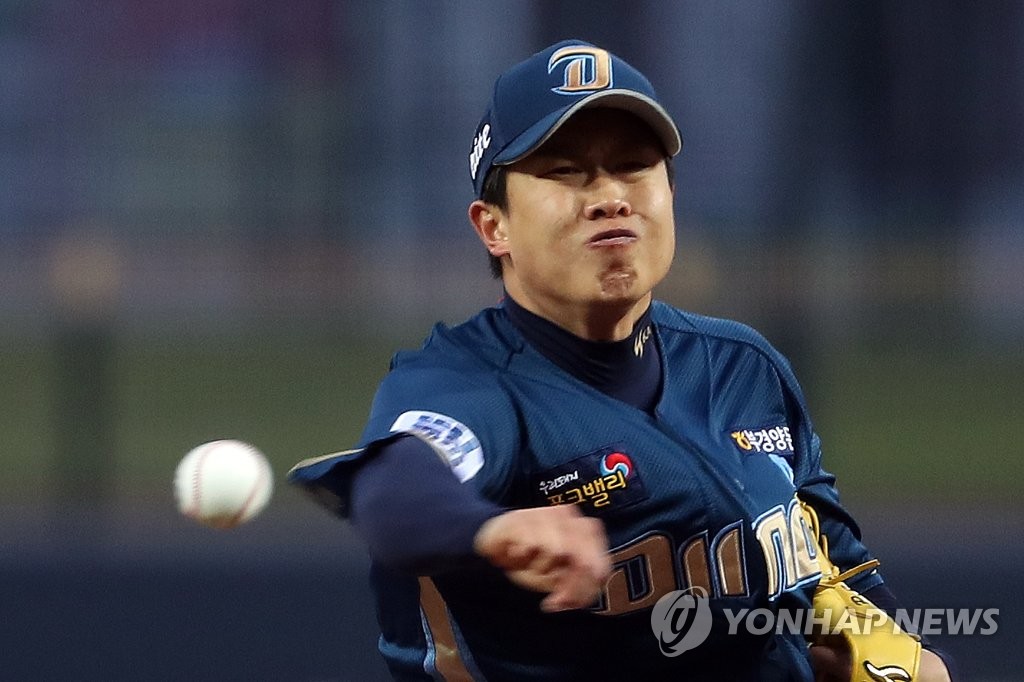 A couple of other foreign pitchers have excelled in these situations. LG Twins' second-year starter Tyler Wilson has held opponents to 1-for-16 with men in scoring position, while SK Wyverns' first-year import Brock Dykxhoorn has limited them to 1-for-11.

On the flip side, new arrivals in the KBO have had issues with men in scoring position. Justin Haley of the Samsung Lions has allowed five hits in 10 at-bats in that situation. Opponents are batting 5-for-12 against Jake Thompson of the Lotte Giants when their team has runners in scoring position.

Wieland's teammate on the Tigers, Jacob Turner, has allowed two homers in that situation for a 6-for-16 mark overall.

Ace pitchers continue to get out of jams, frustrate hitters

Ace pitchers continue to get out of jams, frustrate hitters