SEOUL, April 11 (Yonhap) -- Nearly eight out of every 10 single parents raise their children without any financial support from the divorced spouse, a recent survey by the gender ministry showed Thursday.

The triennial survey by the Ministry of Gender Equality and Family was conducted from August to November last year on 2,500 single parents as part of the ministry's policy efforts to support single mothers and fathers.

The survey results showed that 78.8 percent of those polled got no financial support from their former spouses.

Slightly over 93 percent of the single parents surveyed ended their marriage with an uncontested divorce, rather than through a legal battle, resulting in no entitlement to compulsory child support funding for 75.4 percent of them.

Among those who are legally guaranteed regular child care support from former spouses, only 61.1 percent were regularly given support as the law dictates. The average sum they got every month was 560,000 won (US$491.5).

Only 7.6 percent of those who are legally entitled to child support but were not paid regularly took the issue to courts, the survey showed.

The study also pointed to the generally rough financial circumstances single parents are subject to.

The average disposable income of single parent households stood at 2.20 million won as of 2018, up from 1.9 million won three years earlier.

Single parents' average disposable income was 56.5 percent of the average household income last year, slightly down from 58 percent in 2015.

Including financial and real estate assets, single parents had average net assets of 85.6 million won, up from 66 million won in 2015 but only 25 percent of the average household net resources.

The study also indicated that 84.2 percent of the single parents polled were employed, mostly in low-paying positions with longer work hours, making it difficult for them to maintain a balance between work and family.

Some 80 percent of those polled said they feel burdened by the cost of rearing children, including education expenditure, while 72.7 percent of them said they face difficulties in guiding their children on a career path.

The average age of single parents was 43.1, according to the survey result, and each single parent household had 1.5 children on average.

A 51.6 percent share of single parent households consisted of a mother and a son, with father-and-son families taking up 21.1 percent.

"The government will help spread the notion that payment of child support is a social responsibility and toughen up the system to encourage payment while expanding assistance to single parents," Gender Minister Jin Sun-mee said. 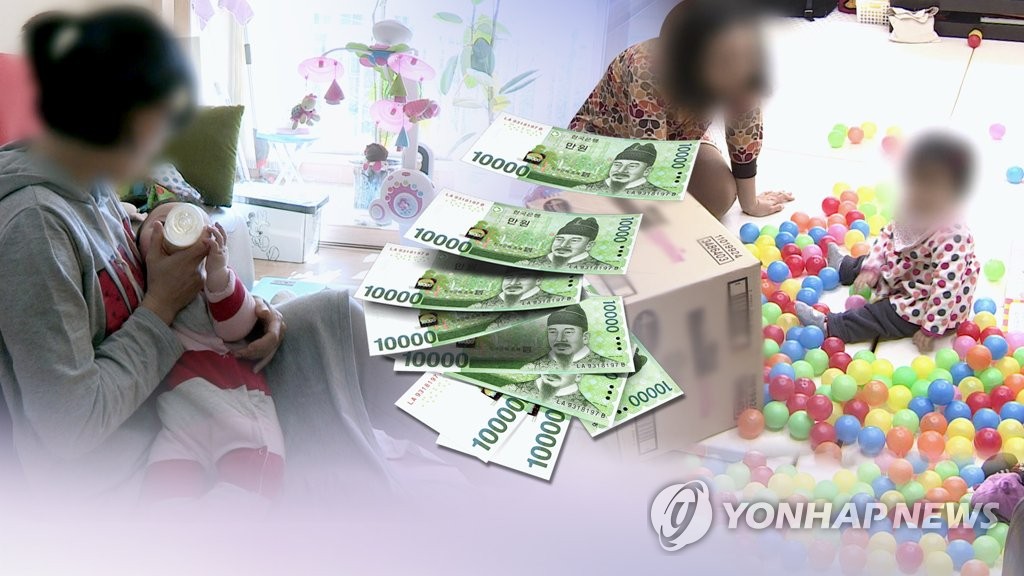 Eight out of 10 single parents get no child support from ex-spouse: study

Eight out of 10 single parents get no child support from ex-spouse: study