As calculated in Korean won, the export price index came to 83.36 in March, up 0.5 percent from a month earlier, according to the preliminary data from the Bank of Korea (BOK).

The on-month gain marked the largest since July last year, when the index increased 2.5 percent.

The index also rose for the second consecutive month after a three-month losing streak between November and January.

The BOK said a 4.4 percent hike in export prices of petroleum products helped the index keep upbeat last month, along with a 1.2 percent rise in chemicals goods.

South Korea's benchmark Dubai crude fetched US$66.94 per barrel in March, up 3.6 percent from the prior month.

In contrast, prices of semiconductors, one of South Korea's key export items, went down 3.4 percent in March due mainly to inventory adjustments and falling demand. They fell 4.3 percent in February.

In particular, prices of dynamic random-access memory (DRAM) chips tumbled 5.2 percent on-month, marking the eighth consecutive month of decline. Those of flash memory chips sank for the 17th month in a row, dropping 4.2 percent in March.

"The falling chip prices have shown some signs of slowdown in recent months," a BOK official said. 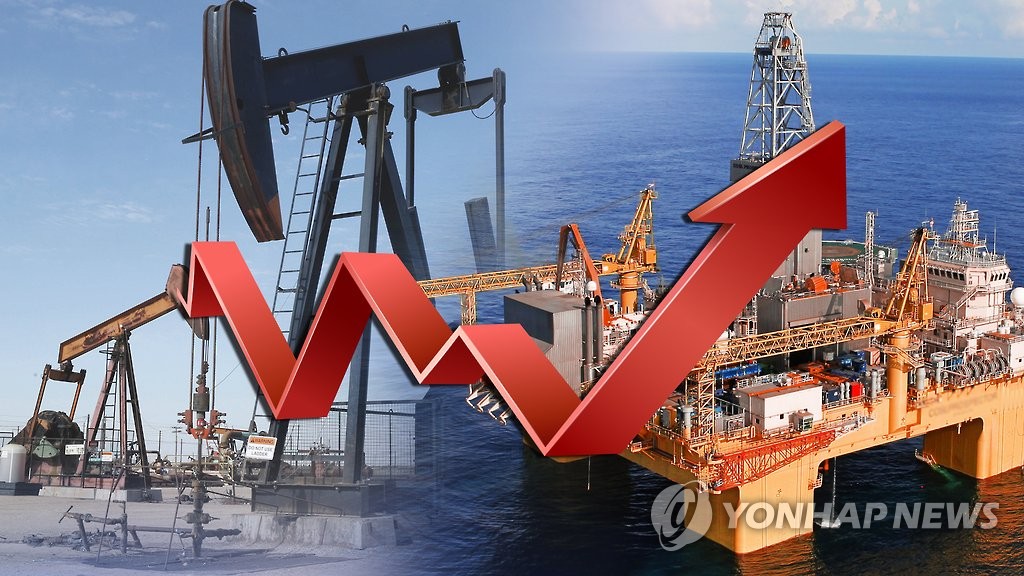