SHENZHEN, China, April 12 (Yonhap) -- Arguably, science and technology are all about creating a better life, greater convenience and a safer environment for people. And that's what many Chinese startups at a recent tech fair have in mind -- to make a significant impact on everyday life.

With a focus on artificial intelligence (AI), Reconova, a Shenzhen-based startup, is among many new companies eager to change people's lives through customized technical solutions that showcased their high-end technologies at the China Information Technology Expo (CITE) in this southeastern port city earlier this week.

"Through our AI analysis system, we are able to analyze information and customer preferences. Based on the database, we can learn what a customer wants, or who they are, through his or her facial expression," Morgan Guo, the sales director of Reconova, told Yonhap News Agency. The startup said 20,000 shops have adopted its technology.

Guo says his company's AI tech is not just applicable in shopping malls. Reconova's tech is also capable of analyzing driver behavior, warning them if they compose text messages or engage in any other activities that may put them in danger while driving.

"AI technologies will make people's everyday lives better. Through the complicated algorithms, people can make machines to do basic tasks. But we also can focus on work that is more creative," Guo said.

Guo emphasized that his company is very serious about security concerns, that it does not violate privacy and takes top-notch security measures.

Minieye is another technology firm at the trade fair devoted to developing self-driving AI technology with the aim to creating a safe, accident-free driving environment.

The company makes a camera for vehicles that can identify lanes, pedestrians, traffic signs and other cars, leading to a safer driving experience.

Its inward-facing camera -- which works even on people wearing sunglasses -- detects facial expressions and helps drivers stay focused on the road.

"In China, there are test-drive areas for autopilot vehicles in Shenzhen, Beijing, Shanghai and Guangzhou," Vice Manager Zhou Xiang of Minieye said. "As related systems and policies also develop in line with the technology, I believe that we are approaching closer to a society in which self-driving vehicles are everywhere."

Minieye claims that China provides AI ventures with an optimized business environment, as the country boasts a huge population, which provides companies with more of the data needed to develop solutions. 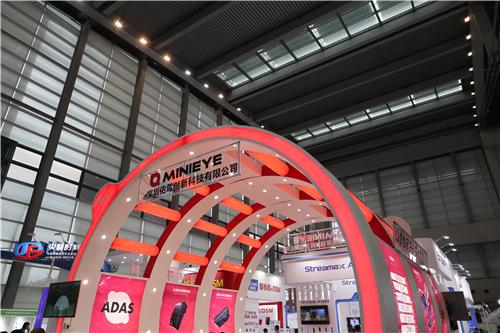 Beijing Babel Technology Co., is a startup that dreams of shattering the language barrier with its technology -- an AI translator that supports a whopping 53 languages and 73 accents.

"People talk about the translation service of Google, but I believe that JoneR stands out in terms of better understanding Chinese along with other Asian languages," Xie said.

Xie added AI-based translators can help people by saving time spent on simple vocabulary and helping them to focus on specialized content.

Those companies at CITE say that among other things, the country's policy support is crucial for their business.

China has been penetrating deeper into the AI field and is rapidly becoming the world's leading player.

According to a report by the Korea International Trade Association (KITA) in January, the number of AI experts in China is estimated at around 18,000, far higher than South Korea's 2,600. The corresponding number in the U.S. is believed to be around 28,000.

In fact, AI-related services, including face-recognition platforms, are already being utilized or tested throughout China outside test labs.

China's tech hub, Shenzhen, for example, launched a pilot-run of a payment system based on facial recognition on public transportation in March.

The system involves scanning passengers' faces via screens installed at stations and automatically deducting fares from their bank accounts. The system is expected to significantly ease congestion during peak hours.

The KITA said the size of the AI market in China is expected to further grow in the future, as Chinese startups are also forging deeper ties with established tech firms and governmental organizations.

"Through such cooperation, the start-ups are rolling out new business models in different fields, from transportation and smart homes to security and retail industries," KITA added.

According to the data compiled by China Academy of Information and Communications Technology in 2017, 40 percent of China's AI-oriented firms are focused on applying the technology to existing services. Another 27 percent were concentrated on robots and 8 percent on self-driving solutions. 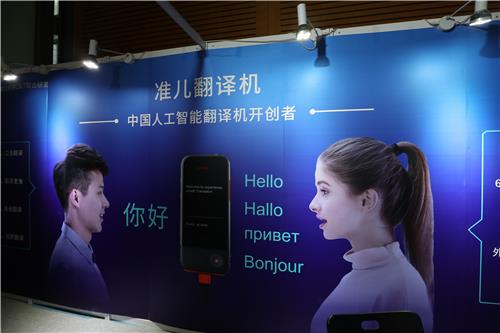