Kim is under prosecution investigation over renewed allegations that he took bribes from a local developer and received sexual services in return for business favors.

The former ranking prosecutor was probed in 2013 and 2014 over the suspicions but was cleared of the charges due to lack of evidence.

Prosecutors reopened the case recently after a secretly filmed video clip alleged to show Kim with women hired for the sex party was disclosed during an adultery probe involving the developer, Yoon Jung-cheon.

In a statement his lawyer sent to reporters, Kim said the news report by local cable TV station YTN is enough to constitute a serious case of defamation and warned he will take every possible legal action against those responsible for the coverage, adding that his family has suffered for the last six years because of the scandal.

It is the first time Kim has issued a public statement regarding the high-profile investigation since the probe was relaunched.

He questioned the originality of the CD, as the person in the footage was never verified by a credible source and also the time that YTN claims the video was filmed differs from police findings. 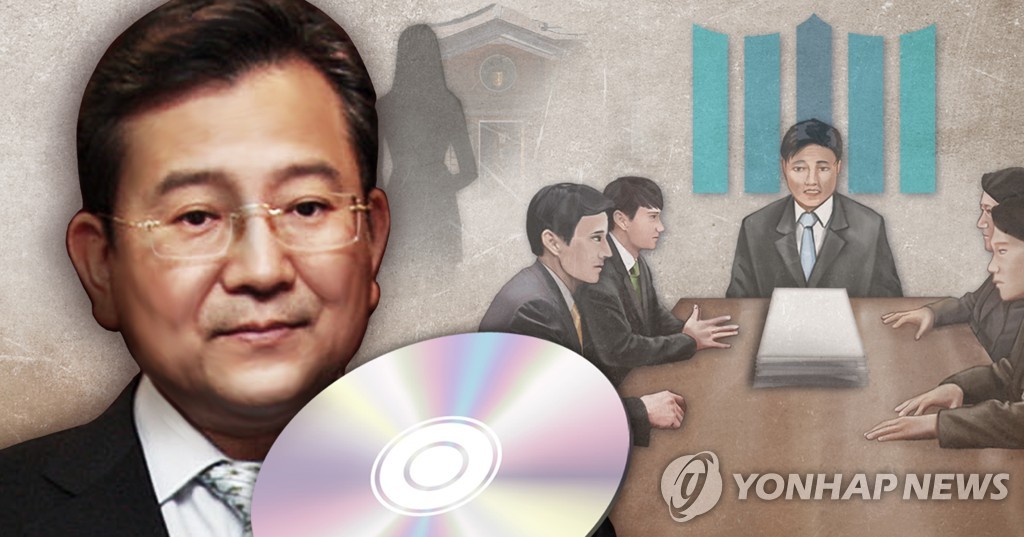