ASHGABAT, April 16 (Yonhap) -- South Korean President Moon Jae-in arrived in Turkmenistan to begin his three-day state visit on Tuesday, marking the start of his three-nation tour that will later take him to Uzbekistan and Kazakhstan.

Moon's trip here is the first of its kind to the region since he took office in May 2017. 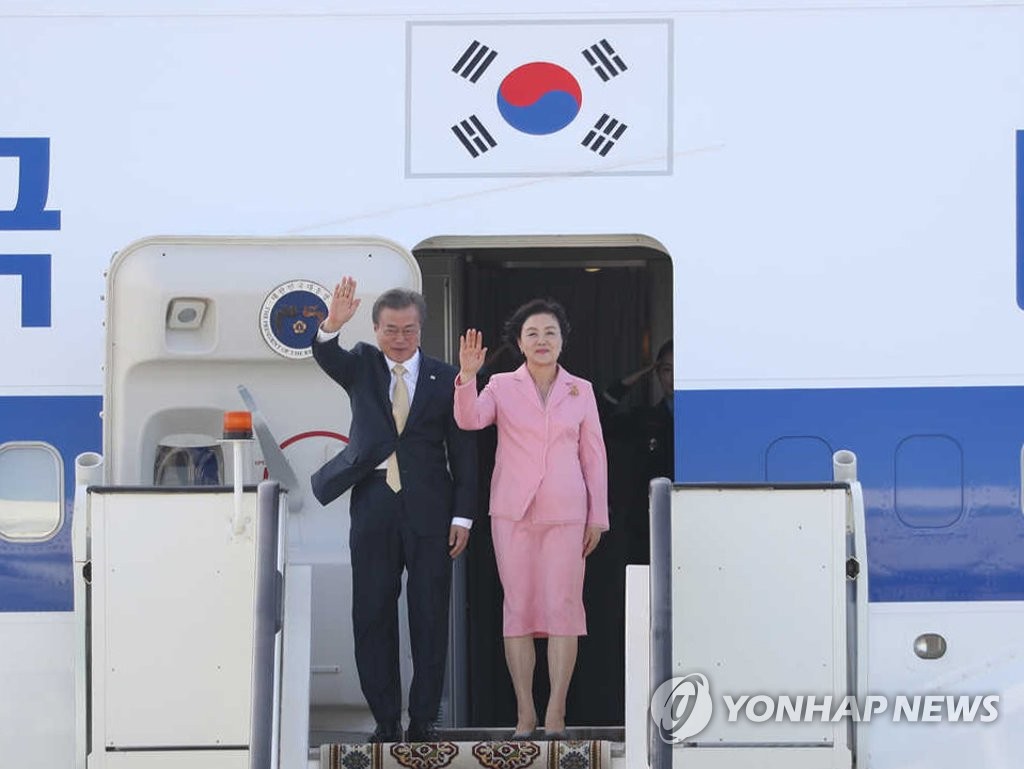 The leaders are widely expected to discuss ways to enhance their countries' energy cooperation as Turkmenistan has the world's fourth-largest reserves of natural gas, according to Cheong Wa Dae.

"The visit to Turkmenistan marks the second of its kind by a South Korean head of state, and is expected to be a chance to open the possibility of cooperation in various areas, including energy, transportation, logistics and infrastructure, as well as health and medical and ICT sectors, while also promoting the advance of our companies to resource-rich Turkmenistan," it said.

During his stay here, Moon will also visit a petrochemical plant in Kiyanly, the first of its kind in Turkmenistan that was built by an international consortium led by South Korea's Hyundai Engineering Co.

The South Korean leader will head to Uzbekistan on Thursday.