SEOUL, April 15 (Yonhap) -- As flame-throwing pitchers go in South Korea, Cho Sang-woo of the Kiwoom Heroes is in a league of his own.

Through Sunday's action in the 2019 the Korea Baseball Organization (KBO) season, Cho owned nine of the 10 fastest pitches thrown, according to Sports 2i, the official statistics provider for the KBO. 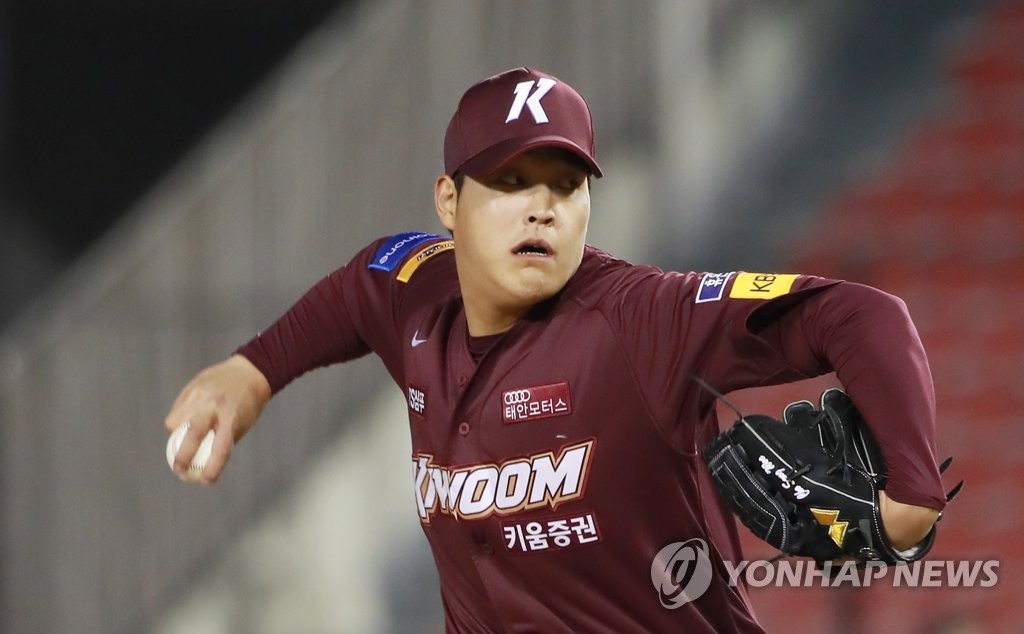 Based on its pitch tracking system data, Sports 2i said Cho threw the hardest fastball of the year so far last Saturday against the Hanwha Eagles, when he touched 156.9 kilometers per hour (km/h), or 97.5 miles per hour.

Inside the top 10 in velocity, the only pitch not thrown by Cho came from Angel Sanchez of the SK Wyverns, whose fastball clocked at 155.6 km/h against the Heroes on March 30.

Cho is tied for the KBO lead with eight saves and hasn't given up a run in 10 innings while striking out 12.

Despite Cho's outstanding start to the season, the Heroes' bullpen ranks eighth in the 10-team league with a 5.77 ERA. Take away Cho's 10 shutout innings, and the bullpen ERA balloons to 6.99, which would be the worst in the league.

This is Cho's second season as the Heroes' closer. He was first named the team's ninth-inning man last year, but he only made 18 appearances before getting suspended when sexual assault allegations emerged against him and catcher Park Dong-won in May. Cho didn't pitch after May 20 and was reinstated in time for the 2019 season after avoiding indictment over the charges. 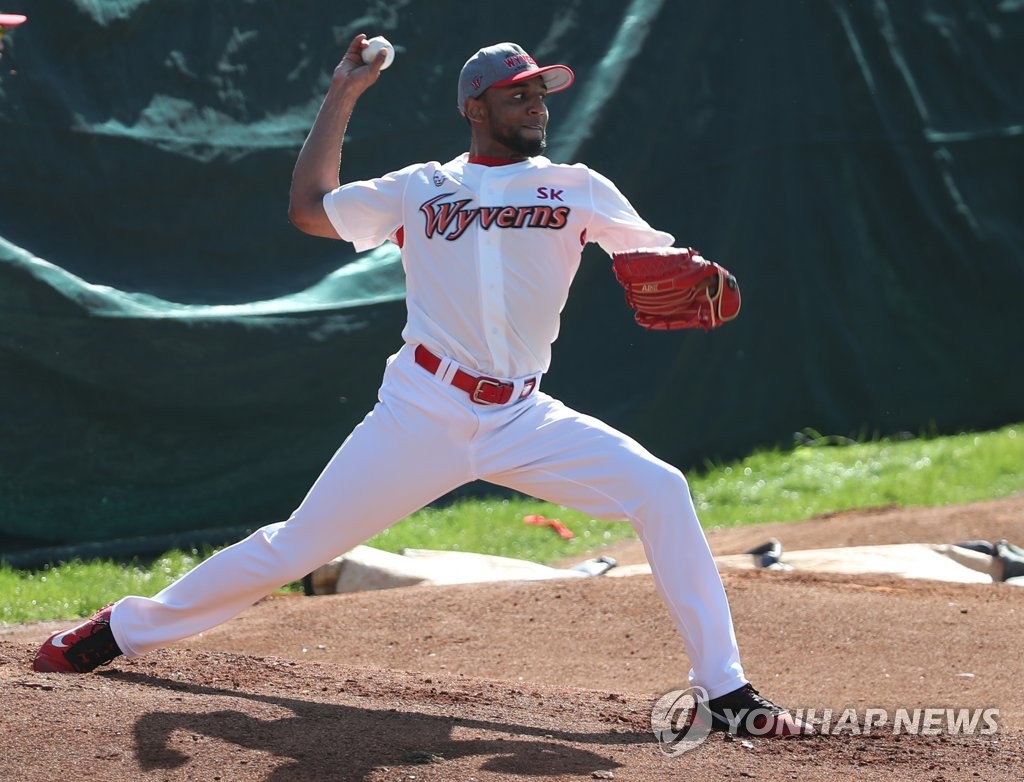