According to the report by Xinhuanet, while attending the Hong Kong Film Awards on Sunday the actress said that she had joined Hong Kong-based production company Jet Tone Films.

"After signing this contract, I believe that I will cooperate with more outstanding Chinese-language directors and actors in the future," Song was quoted as saying.

The company, which manages famous Chinese and Hong Kong stars like Leung Chiu-wai and Maggie Cheung, welcomed Song's signing through a message on Weibo.

Song played a role in the 2013 movie "The Grandmaster," directed by Wong Kar-wai, along with Leung.

The 37-year-old actress rose to stardom through her leading roles in mega-hit Korean soap operas, including "Autumn in My Heart," "All In," "Full House" and "Descendants of the Sun."

She has also appeared in several Chinese films including "The Queens." 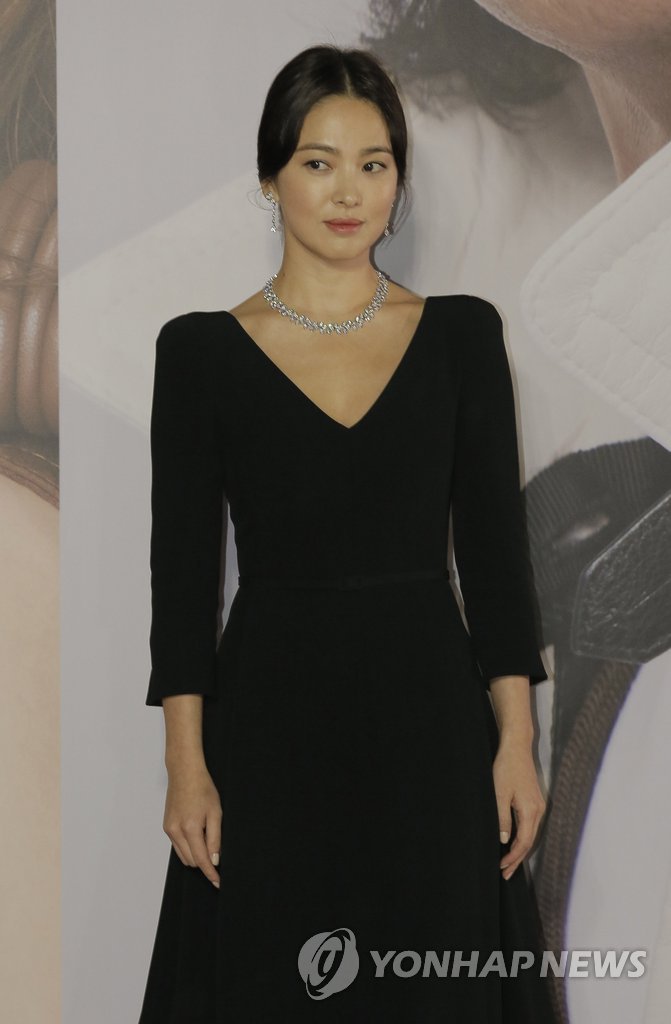