The K League 1 outfit announced that they have terminated Andersen's contract, and senior assistant Lim Joong-yong will take the helm on an interim basis.

Andersen, 56, became Incheon's boss in June last year and lifted the team out of the relegation zone and into ninth place. Incheon had nine wins, seven draws and eight losses on his watch.

In Andersen's first full season, Incheon were undefeated in their first two matches before dropping five in a row to fall to dead last in the 12-team K League 1.

In a statement released by the club, Andersen said he didn't have an ideal start to the 2019 season and that there was a mutual agreement to terminate his contract. 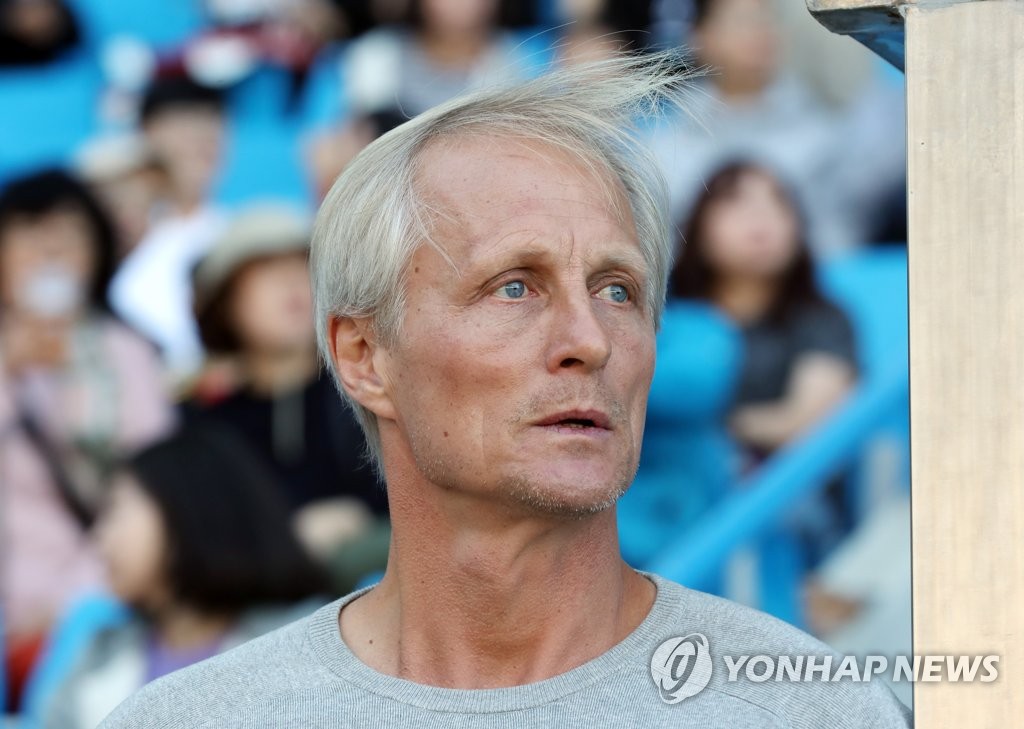