SEOUL, April 16 (Yonhap) -- Following a recent move from the rotation to the bullpen of his Korea Baseball Organization (KBO) club, left-hander Park Ju-hong was more contrite than he was disappointed.

The 19-year-old sophomore for the Hanwha Eagles said he felt like he let his team down with his adventures on the mound as a starter. And he's determined to turn his season around in a new role.

"I feel terrible about how poorly I've pitched," Park said Sunday. "I'll try to do better in the bullpen." 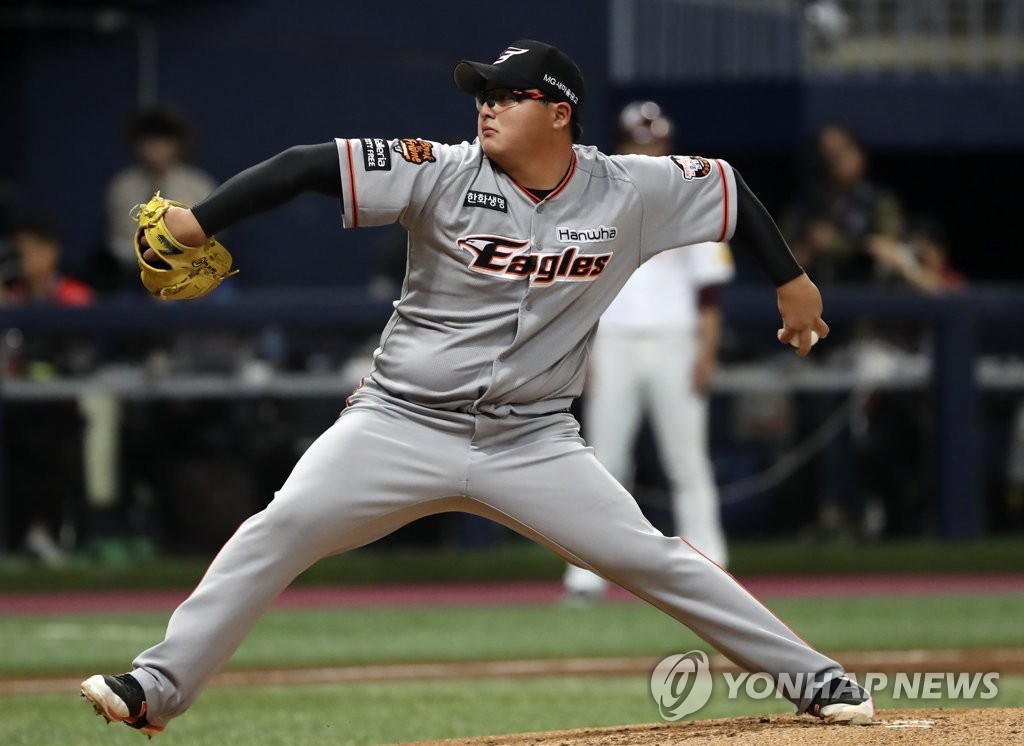 "My pitching coach (Song Jin-woo) told me to keep pitching with confidence and not to worry about getting hit, but on the mound, I became a nervous wreck," Park said. "Here I am in a great organization with a precious opportunity (to start), and I only disappointed my coaches and teammates. I am really sorry."

Three bad outings likely won't change how the Eagles' manager Han Yong-duk feels about the southpaw. Han was effusive about Park's progress during spring training and put him in the rotation to start the season. Park doesn't throw hard, but he relies on sliders, changeups and curves to get hitters out.

Han's faith in Park dates back to last fall. Though Park posted an 8.68 ERA in 22 appearances as a rookie during the regular season, Han saw enough in the pitcher to make him a surprise inclusion on the Eagles' postseason roster. Park made his playoff debut against the Nexen (currently Kiwoom) Heroes in Game 4 of their best-of-five first round series.

Park was the losing pitcher, after giving up two earned runs on two hits in 3 2/3 innings. He was also wild, as he walked three batters and hit two others.

Despite the loss, Park said he couldn't have asked for a better learning experience. 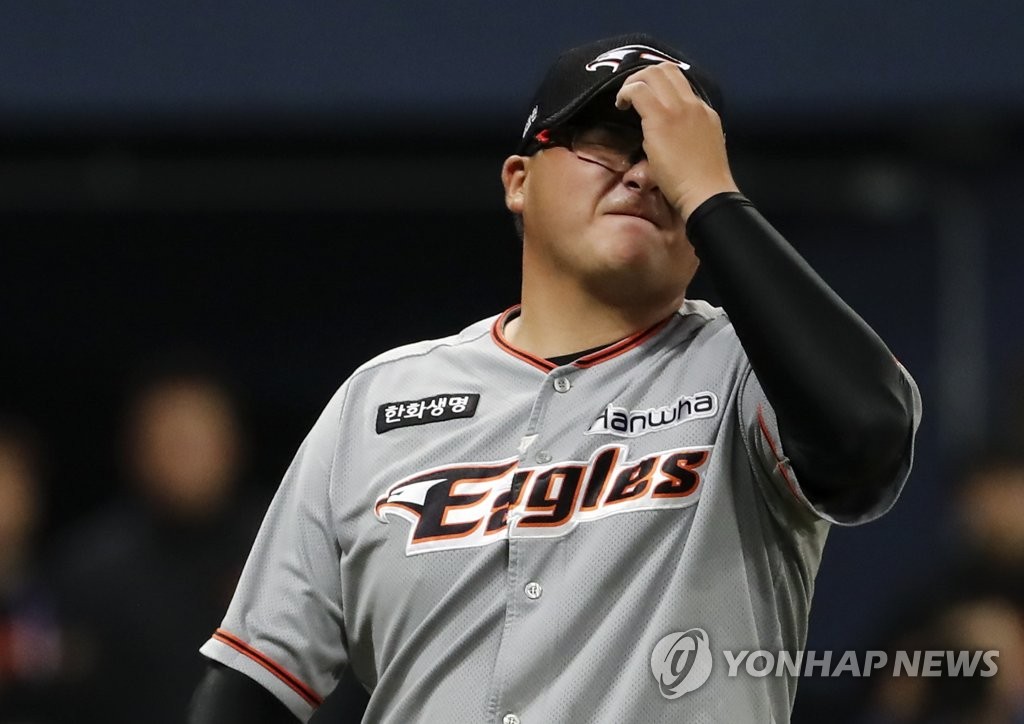 "I wasn't satisfied with the result, but I learned so much by pitching in such a big game," Park said. "I was really fortunate to have received that opportunity, even though I really hadn't done much. I know I have to capitalize on these chances when I get them."

A struggling young pitcher this early in the season is usually a prime candidate for a trip to the minors, but the Eagles decided to stick with Park in the big stage and to keep giving him reps.

"I am trying to figure out what went wrong in my earlier games," Park said. "I let down my team early in the season as a starter. Now as a reliever, I will try to let my numbers speak for themselves."

Contrite pitcher vows to bounce back after demotion to bullpen

Contrite pitcher vows to bounce back after demotion to bullpen