SEOUL, April 16 (Yonhap) -- GM Korea Co. and Renault Samsung Motors Corp., the South Korean units of U.S. and French auto giants, respectively, are mired in a dispute that is fueling concerns over the broader South Korean auto industry this year.

In recent years, the two carmakers, affiliates of General Motors Co. and Renault S.A., have struggled with weakening sales partly due to standoffs in wages and productivity.

Unionized workers at GM Korea will vote next week to decide on whether to go on strike against the company's move to apply a revised collective agreement for employees at the GM Technical Center Korea (GMTCK), union spokesman Dang Seong-geun said over the phone.

GMTCK is an R&D company that was spun off from GM Korea and began operations in January. R&D workers have demanded the same collective agreement GM Korea workers reached with management. GM holds a 77 percent stake in GM Korea.

The R&D entity said it plans to adopt performance-based pay and stricter disciplinary actions, that can make layoffs more easy if the need arises. The company has, moreover, been requesting that workers submit their plans to participate in any labor action to the company in advance.

The technical center and the union have held nine rounds of talks to narrow the gap over the proposals but failed to reach a compromise.

The union asked the National Labor Relations Commission (NLRC) to mediate the impasse, but the organization has so far refused to intervene, citing a "big difference" between the two sides, the union said.

"(Despite the decision of the NLRC), the GMTCK is committed to reaching a fair and reasonable agreement based on mutual respect and understanding," GM Korea said in a statement.

If more than half of the 2,093 workers at the R&D company agree on a strike in a vote on April 22 and 23, the unionized workers will be able to walk out at any time.

Besides the troubles at GM Korea, which reported sales backtracking 5 percent to 114,419 in the first three months of 2019, from 120,386 a year earlier, Renault Samsung is seen as holding back the country's automobile industry.

The local carmaker, which is 80 percent owned by Renault, announced it will temporarily halt operations at its only plant in Busan, 450 kilometers south of Seoul, from April 29 through May 3 to reduce production volume.

"It requires a minimum 200,000 units to be produced per year to keep operations going. But output volumes have recently plunged to 120,000-130,000 for domestic sales, which is causing the plant to temporarily suspend operations," a company representative said.

The suspension comes amid a six-month dispute between Renault Samsung management and its labor union. The union has staged 58 rounds of strikes since October, resulting in the missed vehicle production of some 13,000 units.

"The company wants to maintain a set level of productivity at the plant in order to secure certain export models from its parent company. The union, on the other hand, is more focused on increasing wages and reducing labor intensity," the corporate insider said.

Renault will be able to designate the South Korean-made SM3 compact for export to Europe only when productivity at the Busan plant returns to normal. A prolonged labor-management dispute could push Renault to make the SM3 in Spain, he explained.

The company plans to manufacture the XM3 compact SUV in Busan for local sales in the first half of 2020. But it expressed concerns that the production may not begin as scheduled due to continued strikes.

"The company has made profits each year since 2012 and increased dividends to Renault and other shareholders; yet, it has not raises wages for its workers as rewards for improved performance," union spokesman Nam Ki-tae said.

At stake is the company's insistence on its plans to outsource the manufacturing of vehicles if needed and relocate assembly line workers against their will. The union will never accept the plan, Nam said.

Dealing a further blow to Renault Samsung, Nissan Motor recently cut the production volume of the Rogue SUV at the Busan plant to 60,000 units this year from the originally planned 100,000 due to its low utilization rate.

From January through March, Renault Samsung sold 39,210 autos, down 40 percent from 64,900 units a year earlier, a worrisome development for a company trying to cope with a weaker global carmarket. 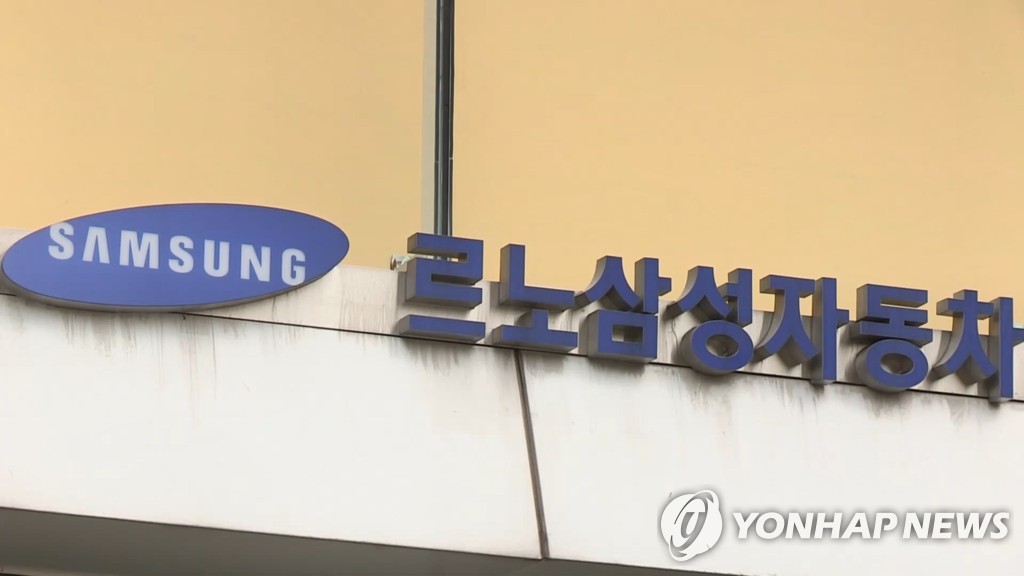