What3words launched the service that divides the world into a grid pattern of some 57 trillion squares of 3 meters by 3 meters. Each square was given an address made up of three words.

"It is the simplest way to talk about location," Geordie Palmer, a business development director at what3words, told reporters in Seoul, adding that words are entirely random and unique.

Some 7 million Kakao map users can now search a three-word address and use Kakao map's navigation service to get to the precise location, the company said. The address can also be shared through the country's top mobile messenger, KakaoTalk.

"Existing addressing systems just aren't good enough for digital age," he said, adding that the service is aimed at helping find and share the precise location at various situations, such as while driving. 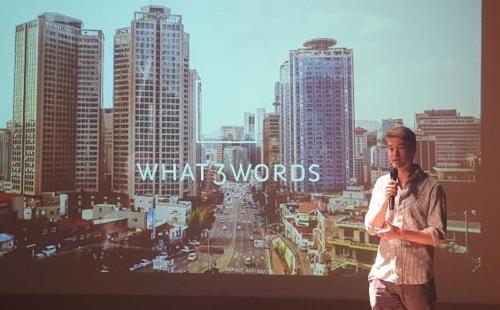 Leading carmakers, such as Mercedes Benz and Ford, have recently integrated what3words service in their in-car navigation systems, enabling drivers to simply enter a three-word address by voice or text.

In order to avoid confusion, similar-sounding addresses are also placed as far from each other as possible, Palmer said. The service also automatically accounts for spelling errors and other typing mistakes to make suggestions.

"South Korea is a new market for us," the British entrepreneur said. The service is now available in 36 different languages.

Founded by Chris Sheldrick in 2013, the company has partnered with leading companies and international organizations that vary from navigation app Navmii to Oxfam.

Palmer said what3words aims to provide the "human-friendly" service, instead of complex GPS coordinates or existing street addresses, adding "Building a global standard is our goal." 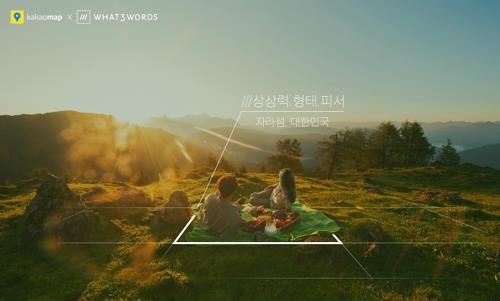