SEOUL, April 16 (Yonhap) -- North Korean leader Kim Jong-un has been newly referred to as the "supreme commander of the Armed Forces" of the country in a state media report Tuesday, in another possible sign of his strengthened grip on power following last week's personnel reshuffle.

The Korean Central News Agency used the title in a report on Kim's visit to the Kumsusan Palace of the Sun, the mausoleum commemorating the North's former leaders, on his late grandfather, and state founder, Kim Il-sung's birthday on Monday.

The change came after the North revised its Constitution during the first session of the Supreme People's Assembly (SPA) last week.

The parliamentary session was a major political event solidifying Kim's leadership during which he was re-elected as the chairman of the State Affairs Commission, the communist state's highest seat of power.

While announcing the Constitution revision, the North did not disclose how it was amended.

Since last week's election, Kim has also acquired the new title of "supreme representative of all the Korean people and the supreme leader of the Republic."

Previously, the president of the Presidium of the SPA was known as the nominal head of state representing Pyongyang, with the chairman of the State Affairs Commission only referred to as the "supreme leader" of the country. 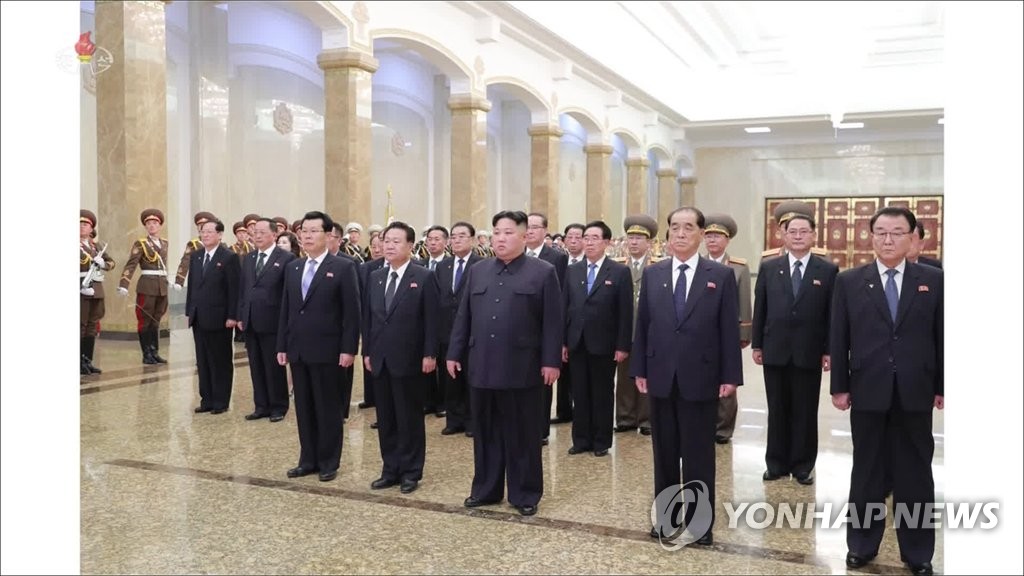