The North's flag carrier, Air Koryo, has also scheduled a special flight to Vladivostok next week, bolstering speculation that Kim could meet with Putin in the Russian city bordering the North around next Wednesday when Putin travels to the Far East en route to China for an international conference.

Seoul and Washington appear to be scurrying to firm up diplomacy with Moscow in yet another indication that the Kim-Putin summit may come in the near future.

Moscow's foreign ministry has already confirmed that it has long been preparing for the summit between Putin and Kim.

The growing talk of the summit has triggered speculation that the North Korean leader, intent on developing his country's threadbare economy, is seeking to secure Moscow's backing in his bid for sanctions relief amid a lack of progress in nuclear talks with Washington.

U.S. Special Representative for North Korea Stephen Biegun will visit Moscow on Wednesday and Thursday to meet with Russian officials and discuss "efforts to advance the final, fully verified denuclearization of North Korea," his office said in a statement. 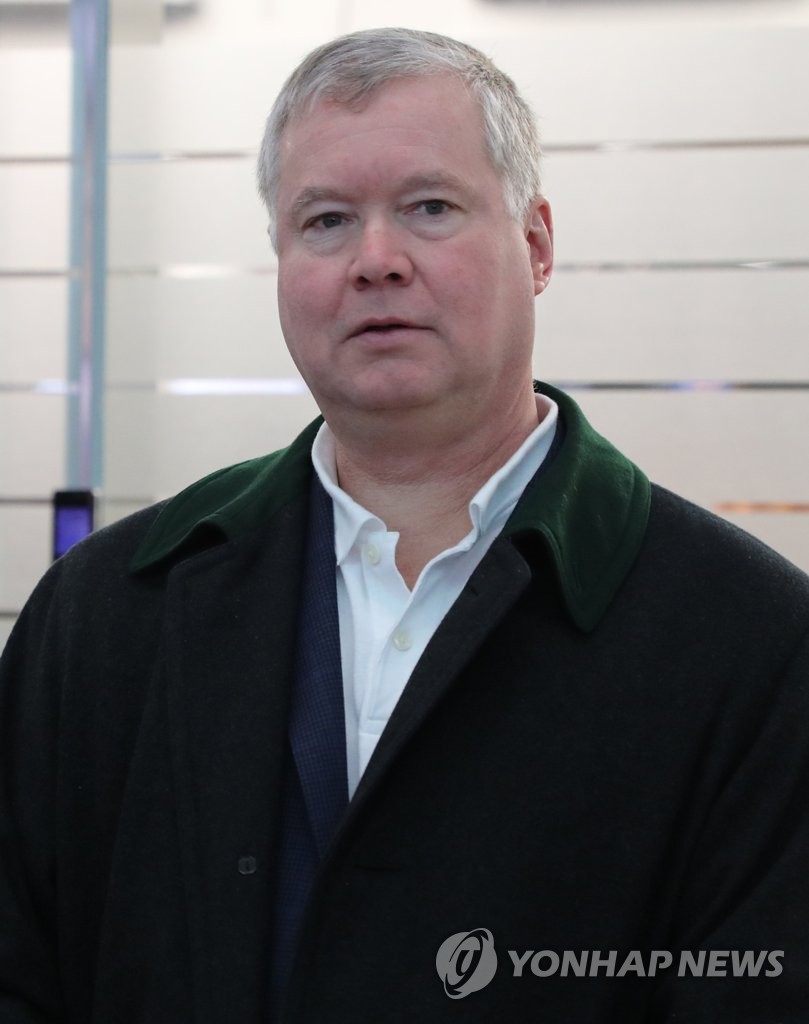 His trip comes after Seoul's Vice Foreign Minister Cho Hyun met his Russian counterpart, Vladimir Titov, in the Russian capital Monday. During their meeting, Cho touched on the need for close cooperation in Seoul's push for "complete denuclearization" and a lasting peace on the divided peninsula.

Signs of preparations for the Putin-Kim summit have been spotted in recent weeks.

The Fuji News Network, a Japanese television network, broadcast footage that it claimed shows Kim Chang-son, the North Korean leader's de facto chief of staff, inspecting an area around a train station in Vladivostok on Wednesday.

If confirmed, it would follow his reported trip to Moscow and Vladivostok in late March, apparently to prepare the leader's possible visit there. Russia's Interior Minister Vladimir Kolokoltsev also traveled to Pyongyang earlier this month.

According to a source in Vladivostok, an Air Koryo plane is set to arrive at the Russian port city at 11 a.m. Tuesday next week and return to Pyongyang soon after. The flight appears to have been scheduled for a special occasion as the North Korean carrier runs a regular flight there Mondays and Fridays.

Seoul has been striving to create the momentum for the resumption of nuclear talks between Washington and Pyongyang that have been stalled since the collapse of the February summit between U.S. President Donald Trump and Kim.

The Trump-Kim summit in Hanoi ended without a deal due to a failure to bridge differences over the extent of Pyongyang's denuclearization and Washington's sanctions relief.

During his summit with South Korean President Moon Jae-in last week in Washington, Trump said he is open to a third summit with Kim while noting that his relationship with the North Korean leader remains good.

Last week, Kim also voiced his willingness for another summit with Trump. But he pressured Washington to come up with the "right attitude and right methodology," saying he will wait for a bold U.S. decision "until the end of this year."

Moon is seeking to hold another summit with Kim in an apparent bid to facilitate the negotiations between Washington and Pyongyang. But his intermediary role is expected to face a tough challenge as Kim has called on the South to act as the "direct party" promoting the interests of ethnic Koreans, with the U.S. pressuring Seoul to put up a united front as an ally.