The sophomore right-hander for the Kiwoom Heroes held the Samsung Lions scoreless in seven strong innings Tuesday. He gave up just two hits while striking out six. No Lion even reached second base against the 19-year-old, who earned his second win of the season in a 4-0 victory.

In his previous start, on April 10 against the KT Wiz, An threw 6 2/3 shutout innings while giving up three hits. He now sports a 2.52 ERA.

Against the Lions, An touched 152 kilometers per hour with his fastball, and mixed in slider, curve and changeup to great effect.

An even picked off speedy Park Hae-min, the four-time reigning steals king, at first base in the third inning. 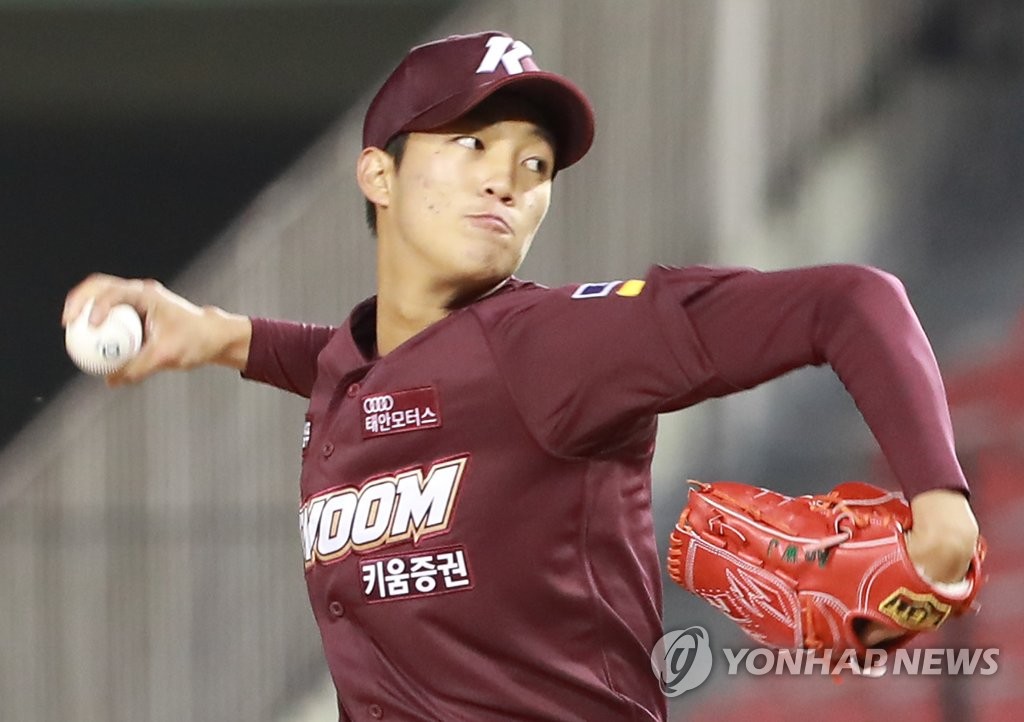 After spending most of his rookie season in the bullpen, An has worked his way into the Heroes' rotation for 2019. The seven innings on Tuesday represented An's new career high for a game.

An was a highly-touted prospect out of high school last year but struggled in the regular season to the tune of a 7.19 ERA in 20 appearances.

In the postseason, it was a much different story, as An was dominant in holding opponents to two earned runs in 15 2/3 innings across two rounds while striking out 18.

He was mostly a two-pitch guy then, relying on his fastball and slider. As a full-time starter, An has expanded his repertoire and has been able to harness his raw power.

During the preseason, the Heroes' pitching coach Brandon Knight told Yonhap News Agency that An is capable of being "the best pitcher in this league, easily."

An may not be quite there yet. But if he builds on his past two outings, An could make his pitching coach look pretty good in the not-so-distant future.