The company is "on track to achieve this year's sales target of over 10,000 SUVs" in the Korean market. It is "definitely" taking advantage of rising demand for SUV models, FCA Korea CEO Pablo Rosso told Yonhap News Agency on the sidelines of a press event.

FCA Korea stopped selling non-SUV passenger vehicles in Asia's fourth-biggest economy in January 2018 as part of its reorganization of portfolios.

The company expects the Korean SUV market will grow over 20 percent to reach 97,000 units this year.

In 2019, FCA looks forward to double-digit growth here as it has a revamped lineup and has launched aggressive marketing.

To further boost sales, the company has strengthened its SUV lineup by adding the diesel-powered Cherokee model, the two-door Wrangler short body model and the upgraded Renegade model.

The FCA is controlled by Exor N.V., an Italian holding company based in the Netherlands. 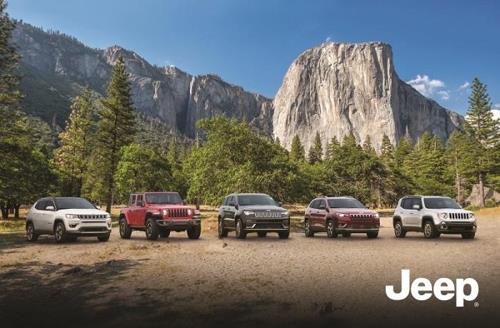