SEOUL, April 17 (Yonhap) -- The number of home runs hit in South Korean pro baseball has fallen drastically from a year ago, with the new official ball likely being the main reason behind the trend.

To keep a lid on the offensive explosion, the KBO adopted a new official ball for 2019, slightly larger with a lower coefficient of restitution (COR), or less bounce off the bat.

This year, Jeon Jun-woo of the Lotte Giants leads the league with six home runs, with four others tied at five homers apiece.

At this point a year ago, Jamie Romak of the SK Wyverns was leading the pack with 10 home runs, and the next group of players had eight. And the KBO saw an all-time record of five 40-homer sluggers in 2018.

The league-wide batting average was at .276 last year, but it's sitting at just .259 this year.

Though a recent test of the new official ball showed that the COR figure was in the similar range as the previous ball, players have said fly balls that they thought would have cleared the walls last year have been caught at the warning track this year.

"Test numbers aside, it seems like the ball doesn't jump off the bat quite as much as last year," a KBO official said. "We'll continue to monitor the effects that the new ball has on the offense." 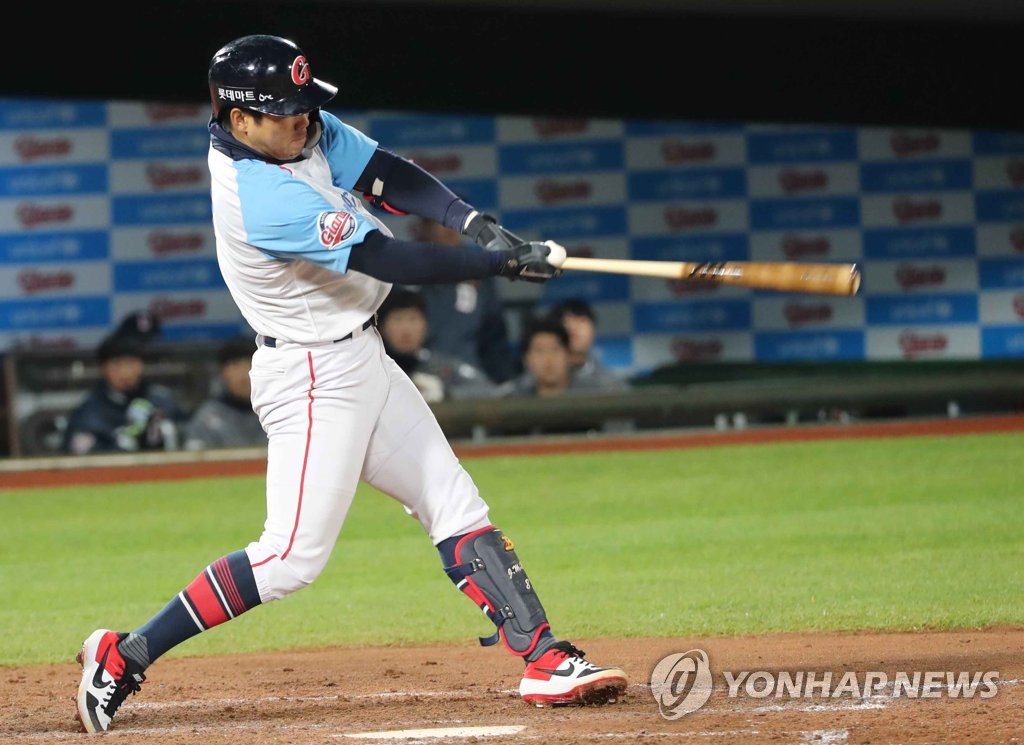