Kim made the remark during a forum on inter-Korean relations in Seoul, saying there is still a "long way to go" and many "obstacles" to overcome, one year after President Moon Jae-in and North Korean leader Kim Jong-un held their first summit last year.

"As the master of the destiny of the Korean Peninsula, the government will take the lead in substantially resolving the North Korean nuclear issue and (establishing) a sustainable peace process on the peninsula," he said.

The remark came after Moon said he will push for a fourth summit with North Korean leader Kim Jong-un in an effort to get the stalled denuclearization process moving again. Moon said he wants to meet with Kim regardless of the location and format.

Last week, the North's leader urged the South to effectively take the North's side as a "responsible party that defends the interests of the nation," rather than playing the role of a "meddlesome mediator and facilitator" between the North and the United States.

Referring to last week's summit between President Moon and Trump, the minister said the leaders had a shared understanding that the Seoul government's efforts to improve inter-Korean relations are keeping the dialogue mood alive. 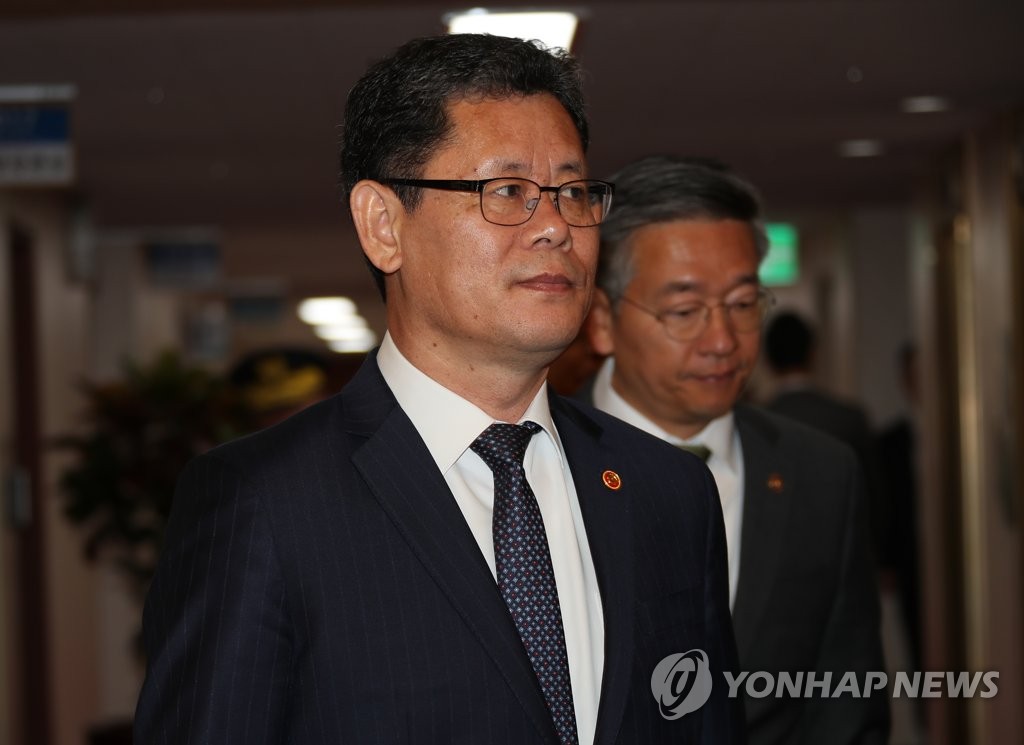