SEOUL, April 18 (Yonhap) -- South Korean memory chipmaker SK hynix Inc. said Thursday it has completed the expansion of its fabrication line in China to step up its DRAM production.

The 58,000 square-meter facility in the eastern Chinese city of Wuxi will start operation in the second quarter, SK hynix said.

The 950 billion (US$837 million) project began in 2017 to expand the Wuxi factory's production capacity to meet growing demand for DRAMs, which are used in servers and computers.

The Wuxi fab has been in operation since 2006 and currently accounts for about 50 percent of SK Hynix's DRAM production.

In February, SK hynix announced a plan to spend 120 trillion won to build a semiconductor cluster in Yongin, south of Seoul, to maintain its competitive edge in the global market.

Four semiconductor fabrication plants will be built at a site in Yongin, starting from 2022, which would make it the world's largest semiconductor cluster. 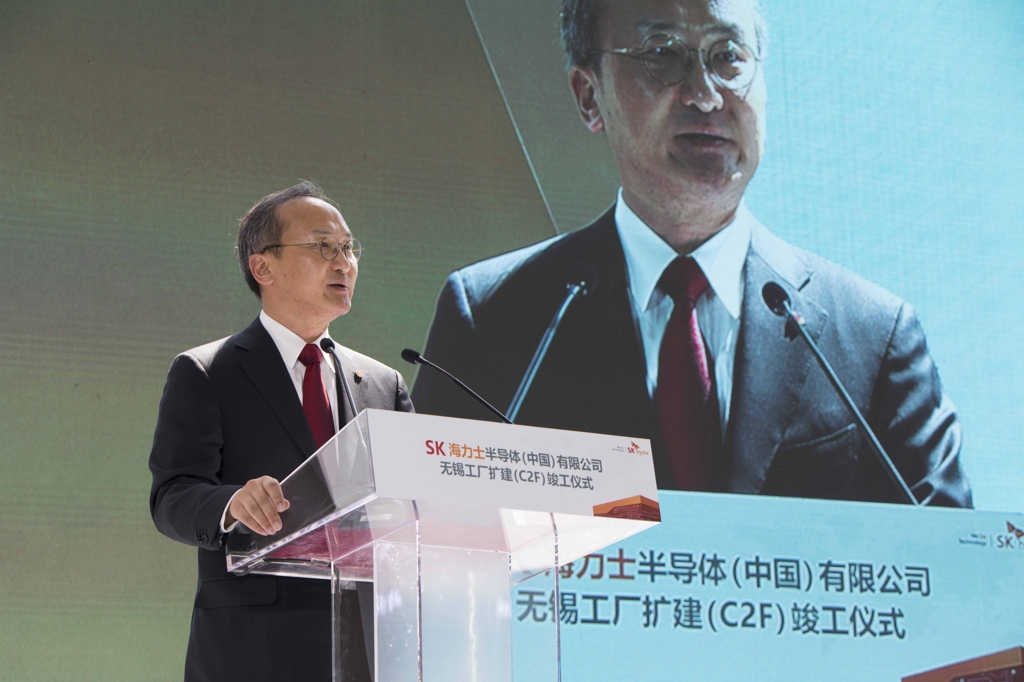