In April 2017, Naver Business Platform (NBP), an affiliate of Naver, launched the Naver Cloud Platform to offer 20 basic services, including data computing and security management, for both individual users and corporate customers.

NBP has since added new services that include providing infrastructure functions relevant to computing, data security and network administration, to attract customers as cloud computing services have become core infrastructure for cutting-edge technologies.

The local market for cloud computing -- an Internet-based computing service that rents data storage and computing power – is worth around 2.3 trillion won (US$2 billion) this year and expected to grow at an average of 19 percent annually by 2022, according to market tracker Gartner.

"We have already secured more than 90 percent of products and technologies that customers need," Han Sang-young, an NBP official, told reporters at the company's data center northeast of Seoul in Chuncheon, Gangwon Province.

Han said NBP will operate a separate portal exclusively for the public cloud computing market and will launch 10 different services for public institutions. 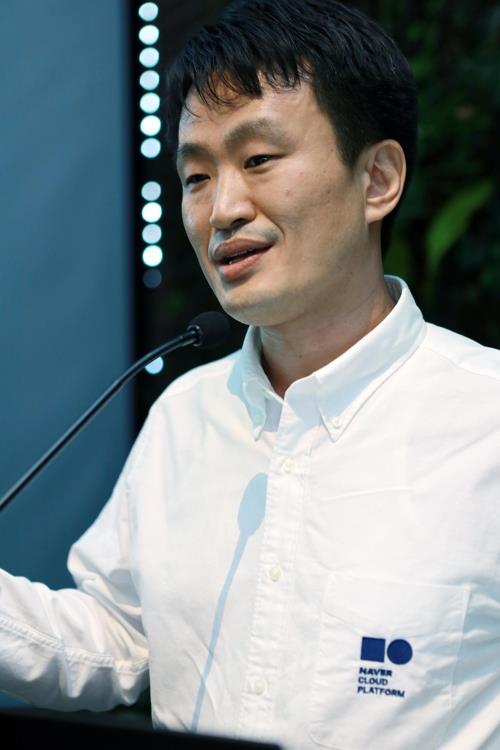 "We will provide the service so that public institutions can make public services, like Naver's portal," Han said, adding that Naver has many advantages as a local player.

Han stressed that Naver is equipped with its own locally built data centers and can provide customized service for its customers. Amazon Web Service (AWS) and Microsoft Azure currently have a whopping 80-percent market share here.

As part of deregulation efforts, the Seoul government recently eased regulations on cloud computing businesses in the financial and public sectors, allowing companies to keep information related to identification and financial credits.

NBP also plans to launch a financial cloud computing service and open a new financial cloud zone in Yeouido, the country's financial district in central Seoul, during the first half of the year.

Naver is the first local IT company to build and operate its own data center, named GAK. It was designed to resemble the country's traditional architecture.

Naver is currently building its second massive data center in Yongin, just south of Seoul. The new facility will start offering public cloud services in the latter half of 2020. 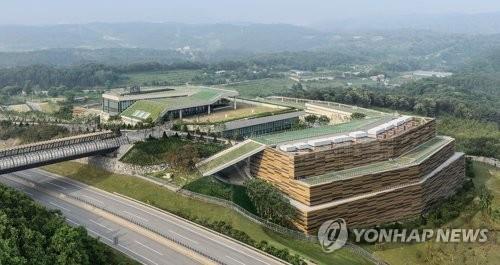