SEOUL, April 18 (Yonhap) -- Police said Thursday that Choi Jong-hoon, a former member of South Korean boy band FT Island, has not attempted to prevent newspapers from covering a drunk driving incident he was involved in three years ago.

The 29-year-old Choi, who was recently booked for offering bribes to a police officer after being caught driving under the influence in February 2016, has been dogged by suspicions that he asked a high-ranking police official to use his influence to block media reports on his DUI at that time.

Police said they have reached a conclusion that the allegation of attempted influence peddling by Choi and an unidentified police official is untrue. 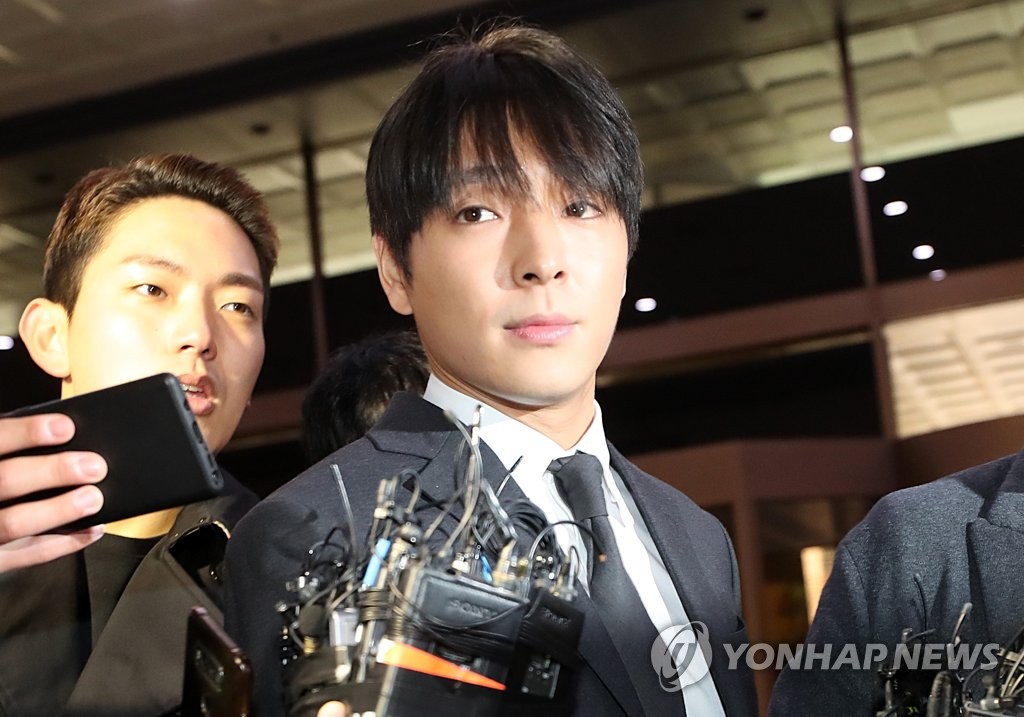 "Choi's DUI was reported to the Seoul Metropolitan Police Agency at the time of the incident. An analysis of mobile phone and bank account records of all concerned police officials found the allegation of Choi's influence peddling attempt false," said an official at the police agency.

The official also said a police investigator at Seoul's Yongsan Police Station who contacted Choi about his DUI two years ago has no connection with other police officials and businessmen who underwent questioning due to Choi's scandal.

Choi has separately undergone police questioning over allegations he received and watched illegal video footage uploaded by Jung Joon-young, a disgraced singer and TV personality, who was arrested last month in a probe into allegations that he secretly filmed himself having sex with women and shared the footage with friends on mobile chats.

Police said they will soon transfer Choi's case to the prosecution with an opinion on indictment.