During the public hearing for a draft of the country's energy master plan, the Ministry of Trade, Industry, and Energy said it will expand the portion of renewable sources to around 30 to 35 percent in its portfolio by 2040, significantly up from 7.6 percent posted in 2017.

The master plan is renewed every five years with a 20-year goal.

The ministry is expected to draw up details on the scope of the reduction in its energy supply plan that will be announced later this year.

The proposal is in line with the Moon Jae-in government's push to move toward clean and safe energy sources to meet the country's demand for electricity.

"The new policy goal will focus on reforming the structure of energy demand instead of expanding the supply," the ministry said, claiming the master plan aims to build a high-efficiency and low-consumption energy market.

To cope with fine dust air pollution and greenhouse gases, the government will "drastically" reduce power generation from coal by banning new plants and shutting down old facilities.

In order to maintain the safe management of existing nuclear reactors, the government said it will continue to maintain core capabilities while fostering new areas as a follow-up for the nuclear phase-out policy, such as the reactor decommissioning industry.

Last year, coal accounted for 41.9 percent of South Korea's energy portfolio in terms of power generation, followed by nuclear with 23.4 percent and LNG with 26.8 percent.

In January, the ministry announced the so-called hydrogen economy vision, which is focused on building a society that harnesses hydrogen as the main source of energy for power generation, vehicles and other daily uses.

The ministry did not mention details of electricity costs in the draft master plan, but the government is anticipated to come up with a reformed energy cost policy for households within the first half of 2019.

The draft plan will be revised based on feedback from the public hearing, and go through the Cabinet meeting to be finalized. 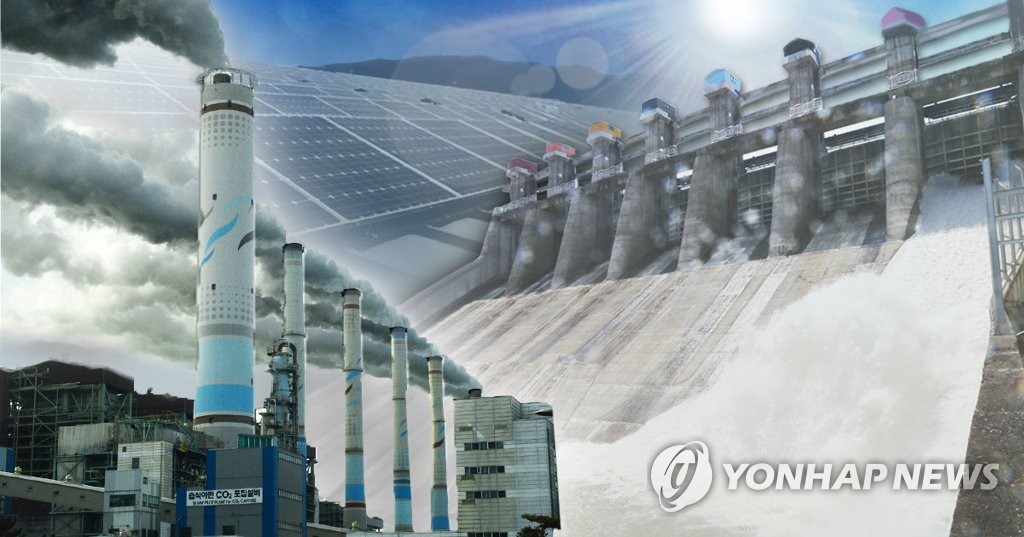