SEOUL, April 19 (Yonhap) -- The "new tactical guided weapon" that North Korea claimed to have test-fired this week is believed to be a weapon for ground combat, not a ballistic missile, an officer of South Korea's Joint Chiefs of Staff said Friday.

On Thursday, the North's official Korean Central News Agency (KCNA) said that leader Kim Jong-un oversaw the test launch of a new "tactical guided weapon," the first such event in five months, calling the weapon's development an "event of very weighty significance" in beefing up its military power.

The KCNA did not specify what the newly developed weapon was.

"We see it as a guided weapon for the purpose of ground battles," the JSC officer said on condition of anonymity, adding it does not appear to be a ballistic missile.

While noting that such an assessment was made jointly with the U.S. authorities, he refused to give any further details.

Acting Defense Secretary Patrick Shanahan of the United States also characterized the test as a "new tactical guided weapons firing test" that was "not a ballistic missile."

According to analysts, the new weapon appeared to have traveled a short distance at a low altitude, which could be a short-range guided missile like the Israeli-made Spike missile with a range of around 20 kilometers. 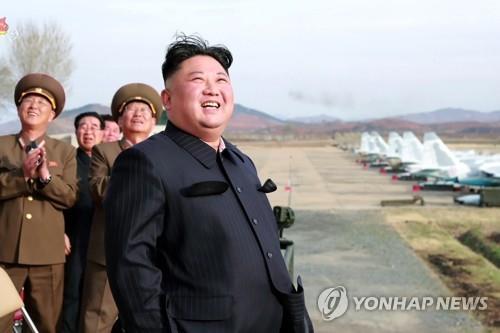