SEJONG, April 19 (Yonhap) -- South Korea's exports are likely to improve in the second half as demand for semiconductors picks up gradually, a senior government official said Friday.

Lee Ho-seung, the first vice minister of economy and finance, made the forecast in a regular meeting with officials from the central bank and other relevant financial authorities.

South Korea's outbound shipments fell 8.2 percent on-year to US$47.1 billion in March due to falling global prices of chips. It marked the fourth straight month that exports have fallen.

The country's outbound shipments of chips dipped 16.6 percent on-year in March due to a drop in global prices coupled with slower sales of smartphones on low seasonal demand. 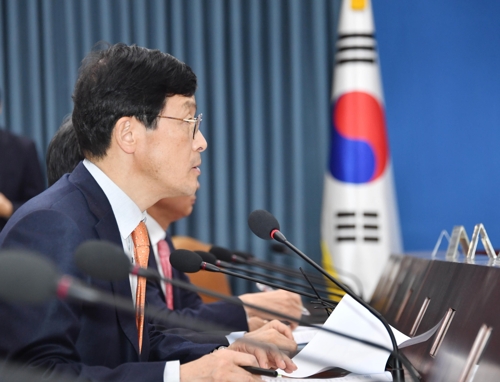 Separately, Hong Nam-ki, minister of economy and finance, met with Chinese Ambassador to Seoul Qiu Guohong and asked for China's interest in addressing the difficulties facing South Korean companies operating in China, in an apparent reference to a probe into Samsung Electronics and SK hynix over alleged price-fixing by China's antitrust regulator.

Samsung's sales of dynamic random-access memory (DRAM) chips came to $43.75 billion in 2018, taking up 43.9 percent of the world market, according to DRAMeXchange.

The market shares of Samsung Electronics and SK hynix in DRAM chips came to 35 percent and 30 percent in China in 2018, respectively.

Qiu told Hong that he will convey South Korea's position to Beijing, according to the Ministry of Economy and Finance. 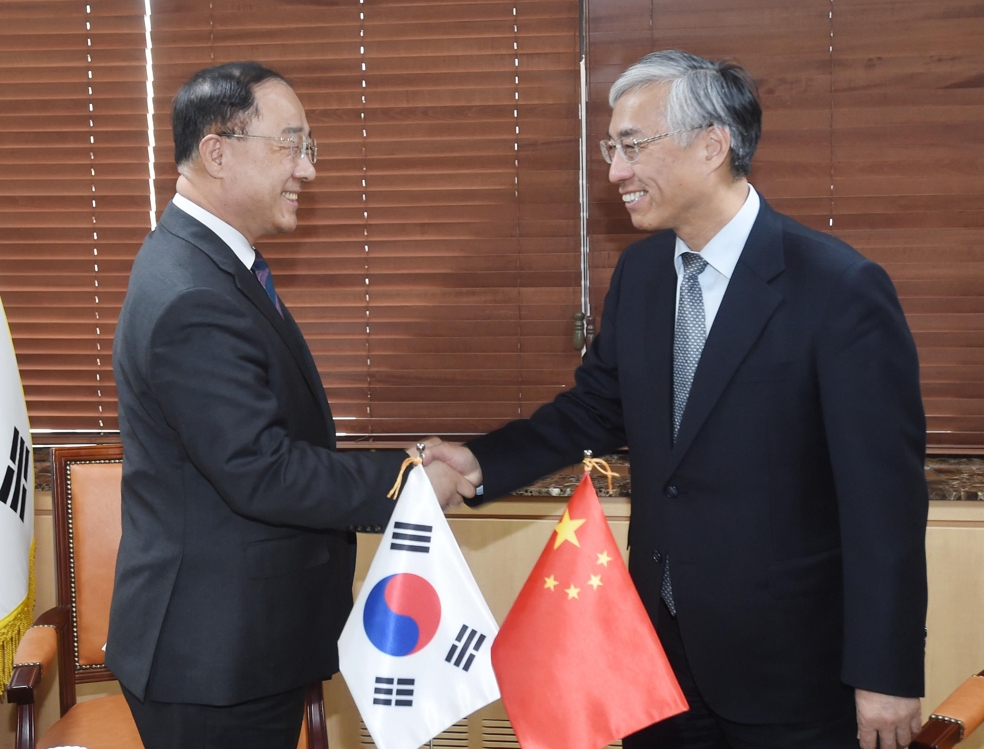 Last week, Hong made a similar appeal on behalf of the South Korean tech companies during a meeting with his Chinese counterpart, Liu Kun, on the sidelines of the spring meetings of the IMF and World Bank in Washington.