The value of the JYP stocks held by Park reached 192.2 billion won (US$169.1 million) on Thursday, according to the data by Chaebul.com, which tracks South Korean conglomerates. Park owns 17.8 percent of all JYP shares.

The total value marks an increase of 1.9 billion won from that registered at the end of 2018 and surpassed the value of the SM Entertainment shares held by Lee Soo-man, the former top entertainment agency owner.

The trade of the top seat came after the far-reaching sex service scandal centering on former BIGBANG member Seungri hammered the stocks of major entertainment companies earlier this week, including his former agency YG Entertainment. JYP was one of the three major entertainment firms least affected by the shock.

SM had long maintained its top player status in the entertainment circle before JYP conquered the No. 1 post in August last year, driven mainly by the successful career of TWICE.

As of the end of Friday, the market capitalization of JYP stood at 1.95 trillion won, while that of SM reached 945.6 billion won.

Compared with the beginning of 2019, the KOSDAQ-listed JYP shares rose 1.16 percent, becoming the only one of the three whose market capitalization is over the 1 trillion-won mark.

The plunge cut the value of the YG shares held by YG head Yag Hyun-suk by 32.2 billion won to 126.3 billion won as of Thursday, compared with the end of 2018. 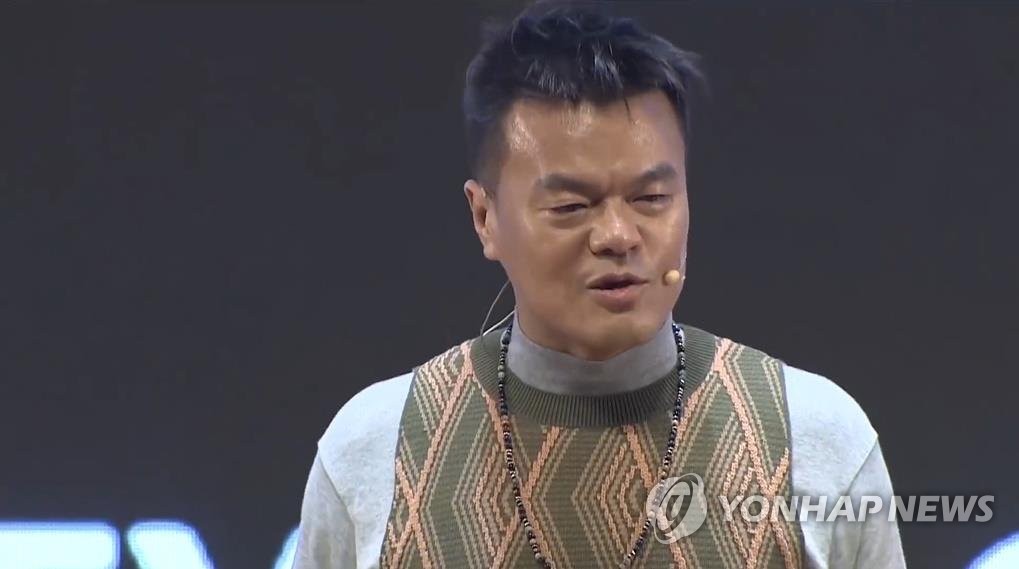