SEOUL, April 22 (Yonhap) -- A 3.8 magnitude earthquake struck off the east coast Monday, the weather agency said, with no reported damage so far.

The quake in the East Sea occurred at 5:45 a.m. at some 38 kilometers southeast off Uljin County in North Gyeongsang Province, with a depth of 21 km, according to the Korea Meteorological Administration (KMA).

An aftershock with a magnitude of 3.1 hit four minutes later.

"There does not appear to be any damage," a KMA official said. "The quake occurred in the sea, but we are checking for damage as the magnitude was not small."

The agency initially measured the quake as a magnitude 4 but revised the quake's intensity and exact location a few minutes later.

A total of 12 cases of feeling the tremor were reported. Residents in Uljin and other counties in the southeastern province said they felt the tremor, with some saying buildings swayed slightly.

The quake did not affect the operations of nuclear power plants in Uljin, 330 km southeast of Seoul, and in Gyeongju, 371 km southeast of the capital, according to state plant operators.

The country currently operates 24 commercial reactors at four nuclear power plants across the country and one waste site in Gyeongju.

It marked the second quake to occur in the East Sea in three days. It was also the third-most powerful quake recorded in South Korea this year.

On Friday, a 4.3 magnitude quake hit off the east coast near the city of Donghae, with no reported damage.

"Monday's earthquake does not appear to be related to last week's quake as its epicenter is 116 km away from Friday's one," the KMA said. 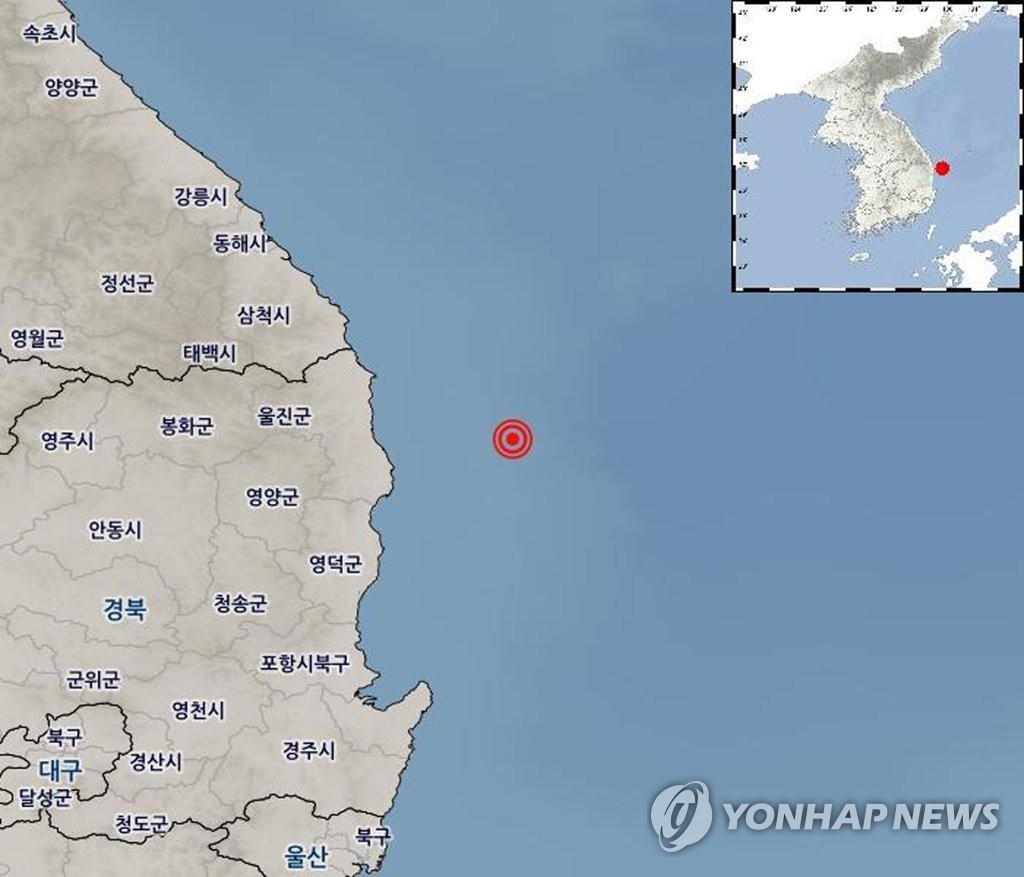