The move comes as the South Korean economy is slowing down amid lackluster performances in the manufacturing sector and tepid job growth.

The presidential office Cheong Wa Dae said President Moon Jae-in thinks the Korean economy needs to take a lead in sectors that have growth potential as it will help push innovative growth.

"We plan to focus on fostering the three sectors on the belief that the 'first mover' to lead the global market should come from among South Korean firms," a senior presidential official said.

The government reportedly selected the industries based on five criteria, including whether they have global competitiveness, their potential for helping cooperative growth between conglomerates and smaller firms, and job creation.

If detailed plans are finalized, the relevant industries are expected to receive active assistance from the government. 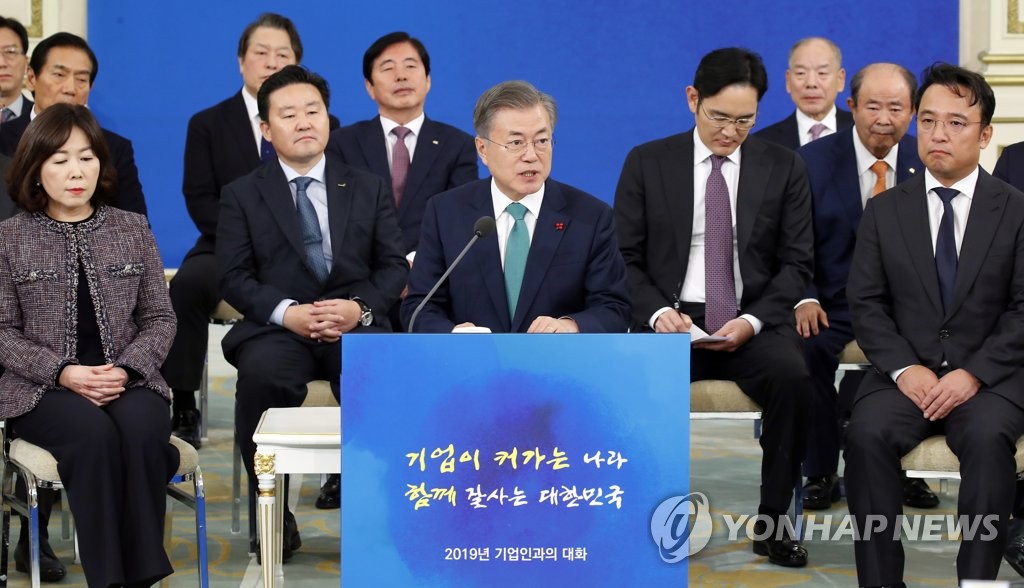 Cheong Wa Dae and the government see the need to develop the non-memory chip business at a time when local chipmakers are suffering cuts in chip prices and subsequent declines in profits.

They are reportedly looking to foster the foundry business, which centers on making chip designs for other companies that do not have semiconductor fabrication plants.

Samsung Electronics Co., the world's largest memory chip maker, earlier unveiled its plan to bolster its non-memory chip and foundry business to snatch the top spot in the sector by 2030.

The country also views the bio-health sector as having massive growth potential, given the rapidly aging population and the development of biotechnology.

The government raised its budget for research and development (R&D) in the bio sector by 2.9 percent this year from the previous year.

To develop next-generation vehicles, the country will likely focus on nurturing the production of hydrogen fuel-cell cars.

President Moon pledged efforts to build a so-called hydrogen economy in January as the government unveiled an ambitious plan to increase the number of hydrogen-powered vehicles here to 80,000 in less than four years.